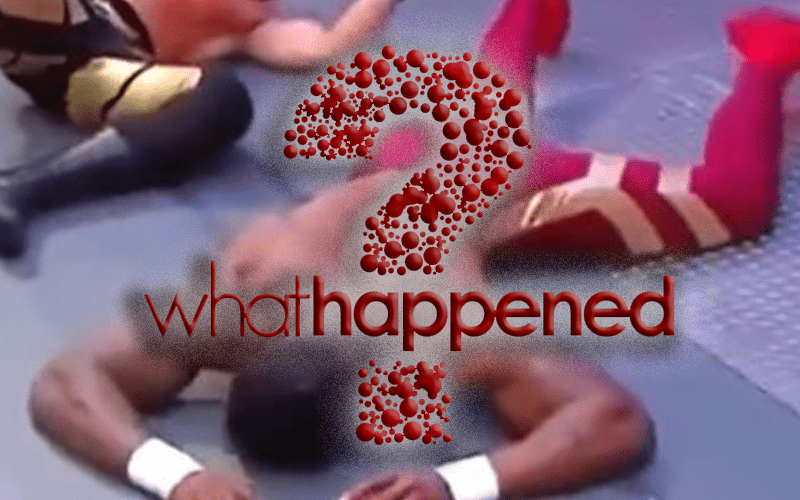 Montez Ford took a very hard fall to the floor this week on WWE RAW. Plenty of people were talking about it as it looked very painful. It obviously wasn’t supposed to happen that way.

Some fans pointed a finger at Austin Theory for not catching Montez Ford. It wasn’t Theory’s fault as Ford took the dive when he wasn’t supposed to.

During Wrestling Observer Live, Bryan Alvarez explained what really happened during this botched move. It was a big case of miscommunication which resulted in Montez Ford taking an unnecessary leap.

“As it turns out when Montez hit the ropes, Seth was supposed to trip him, okay? Granted, Seth was a little bit late, but he wasn’t that late. He actually did get a hold of Montez’s foot. Maybe when Montez started running he realized that Seth was too far away and in his mind he thought ‘there’s no way this guys’ gonna get to me, I just gotta keep running.’ Seth is actually very athletic and fast and he did get to him, but Montez apparently got it in his mind that ‘I gotta do this dive.'”

“So he ran and he just did an unplanned flip dive over the top. Austin Theory didn’t know it was coming so Theory looked up and just sees this guy coming at him and Montez crashes and nearly kills himself and Theory, I don’t know what was in anybody’s mind, but maybe Theory thought, ‘Maybe I was supposed to catch him.’ So, he took a bump. Then everybody’s dead.”

“The spot was supposed to be Seth tripping Montez Ford and Montez just did the dive anyway that he wasn’t supposed to do. So, that’s what happened on that spot.”

It was noted that this was done during a taped show. For some reason, they didn’t re-shoot anything and ran with it. This was a very hard bump to take which is why Montez Ford commented that he broke his back.

At this time we have heard nothing about Montez Ford being actually injured. He still taped the scheduled WrestleMania 36 match to our knowledge. Montez Ford might have been moving a little bit slower after taking that bump on RAW.