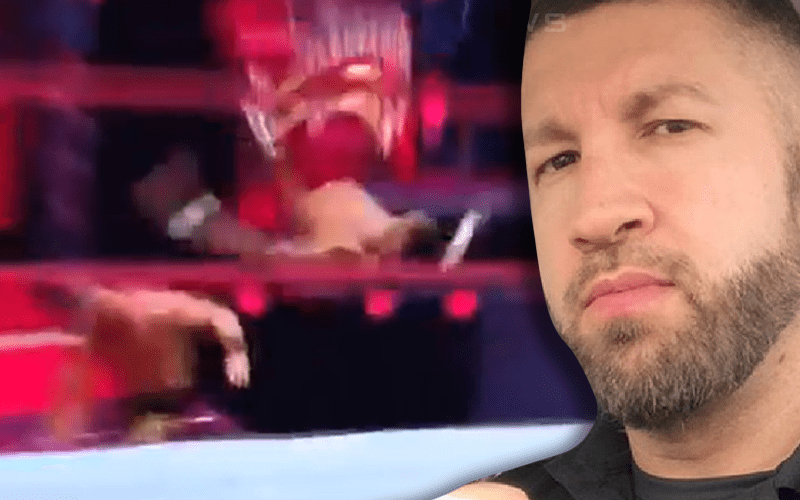 WWE Raw saw Austin Theory make a surprise debut for the red brand. He teamed with Angel Garza as Andrade was taken out of action due to an injury. During his match, Theory didn’t really catch Montez Ford very well.

Hurricane Helms saw this spot go down and he made a pretty topical joke about it.

Theory countered that dive with some Social Distancing.

Austin Theory will be placed in the Raw Tag Team Title match at WrestleMania. At 22 years of age he is already making a big impression on the WWE Universe. He might want to do a better job catching his opponent during dives from now on.