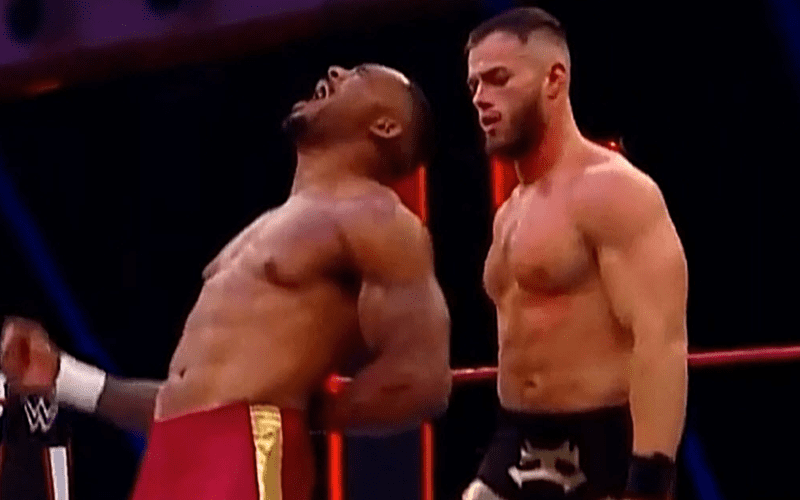 Montez Ford took a giant leap onto Austin Theory during RAW this week. The landing wasn’t very smooth at all.

The Street Profit landed right on his back after Austin Theory barely got a hand on him. Shane Helms also tweeted out to call attention to the dangerous mistake.

Ford landed right on his back. He later tweeted out a video of Mike Tyson saying “I broke my back” to illustrate what it was like when his mother called him to ask about this move.

How the phone conversation went between my mom & I tonight…

Hopefully, Montez Ford’s back isn’t really broken. I couldn’t have felt good landing like that on the WWE Performance Center floor. At this time, The Street Profits’ WrestleMania match against Angel Garza and Austin Theory is still on.