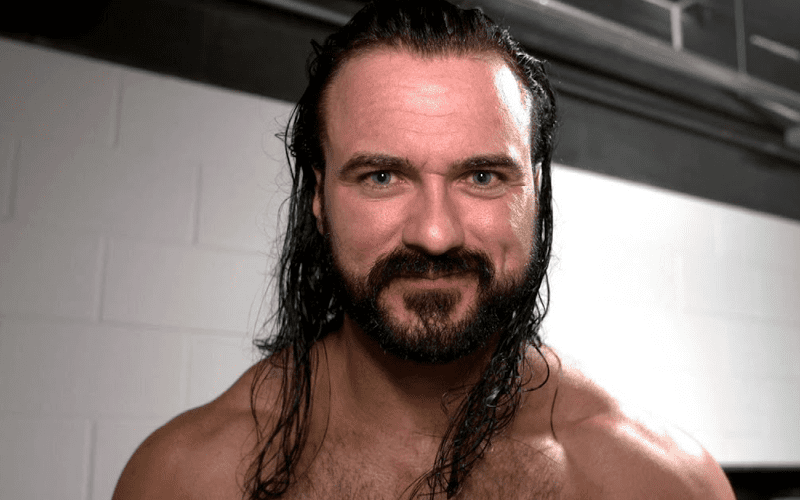 WrestleMania 36 took place without a live crowd in attendance. The company will air the show of shows on April 4th and 5th. Drew McIntyre won’t be able to hear and see fans live, but he has figured out a great alternative.

While speaking to The Mirror, Drew McIntyre requested that his fans record their reactions and post them online.

The Scottish Psychopath will be the first British WWE Champion in history if he’s able to pull it off. McIntyre would love to see a ton of videos much like the Glasgow pub’s reaction when he won the Royal Rumble.

This time each video will likely only feature one fan as they practice social distancing.

“I just want to thank everyone all over the world, and in the UK for supporting me back home. I know, if I pull this off, I’ll be the first British WWE Champion. I know that everyone was looking forward to coming over to WrestleMania and supporting me, and I really appreciate that.”

“I saw all of the videos of people celebrating when I won the Royal Rumble, in Glasgow, and in Liverpool, and in London, but what I want everyone to do for me this time is film yourselves in your living room, or wherever you may be, and if I pull off the big win, I want to get those videos posted on social media. I want to put it out to the whole world, and the UK especially, I want everyone to film their reaction to watching my WrestleMania match at home. We can’t celebrate in the pubs, or in the arena, but I want everyone to film their reaction if I pull this off!”

Drew McIntyre warned months ago that there would be a riot in Tampa is he doesn’t defeat Brock Lesnar. McIntyre lives in the Tampa area so that made the location much more special for him.

WWE is actually considering implementing fan reactions into their programming via webcam. Click here to see what that could look like.

Drew McIntyre has fans around the world who will be tuning in to watch WrestleMania 36. That might turn into McIntyre watching a lot of fan reaction videos when everything is said and done.