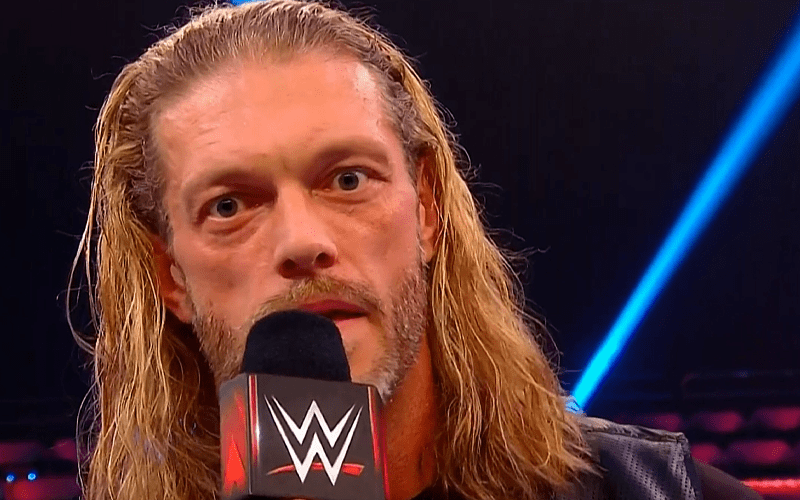 Edge will wrestle Randy Orton in a falls count anywhere match at WrestleMania 36. This will mark a big moment for Edge’s career as the first singles match after his WWE return.

While speaking to ESPN, Edge revealed the moment it dawned on him that he can wrestle again. It took place as he spent some time bike riding with Sheamus. This is when Edge crashed his bike hard on a mountain trail going around 20 miles per hour.

Edge was pretty cut up after the fall, but his neck was okay. This got the thought in his head that he might be able to take bumps in a pro wrestling ring again.

“It started dawning on me that this could be a possibility when Sheamus came to town, and we were filming an episode of his Celtic Warrior workout show. He wants to do different challenging things that he hasn’t done before, and I love to mountain bike. … In the process of doing that — this stupid competitive thing — I’m flying down a mountain, I hit this one jump, and I wiped out.”

“It’s a pretty gnarly wipeout. I was going probably 20, 25 mph, landed on these stones, rolled right up to my feet. But I’m fine. I was all cut up, but my neck was fine. Couple that with doing all of these fight scenes over the years on sets — some pretty physical stuff, especially with ‘Vikings’ — and I thought, ‘OK, I feel really good.’”

If you would like to check out that insane bicycle wipe out Ringside News covered the event when it happened. Click here for that footage.

Funny enough, Sheamus’ time with Edge also lit a fire under the Celtic Warrior to fight hard for his own return. Now Sheamus is set on becoming an Ultimate Grand Slam Champion in WWE.