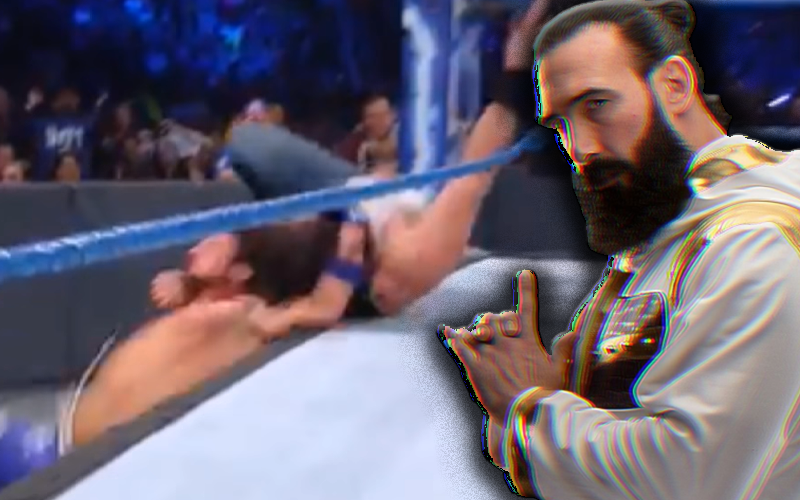 Brodie Lee is no longer Luke Harper as he left that name and many bad memories behind in WWE.

Lee opened up in depth about how Vince McMahon always saw him. He wanted Brodie Lee to speak with a Southern drawl because that’s who he saw him as. That isn’t who Brodie Lee is which was a problem for McMahon.

While speaking to Talk Is Jericho, Brodie Lee discussed his run in WWE. There was one very important moment when he felt that his burial started. Before he knew it, he disappeared from television for months.

“We did an angle with Randy [Orton] where he turned, I got over. We got all the way to a championship match battle royal. I think me and AJ got down to the last two. We did a spot where we go over on the floor and we hit it at the same time to do a match the next week. In rehearsal, I hit it no problem. It was beautiful. Of course, in the actual execution of it, I f*cked it up a little bit my ass slid on the apron. Either he touched first or I did, but it was obvious that one of us touched first.”

“They shot around it and they explained that ‘No, no they touched at the same time.’ Then the next week AJ who was the heel ended up making me tap and pinning me in the same match. Like, they re-started the match and I was like, ‘Yup, this is the end.’ This is it.”

Luke Harper was off television for eight months after that. He volunteered to do dark matches every week because “I knew I would go out there and they would chant my name and I thought, ‘Oh maybe Vince is watching this week.”

Vince McMahon didn’t watch Luke Harper much, but he still didn’t want him to leave. Now Brodie Lee is free to do his own thing as the Exalted One in AEW.