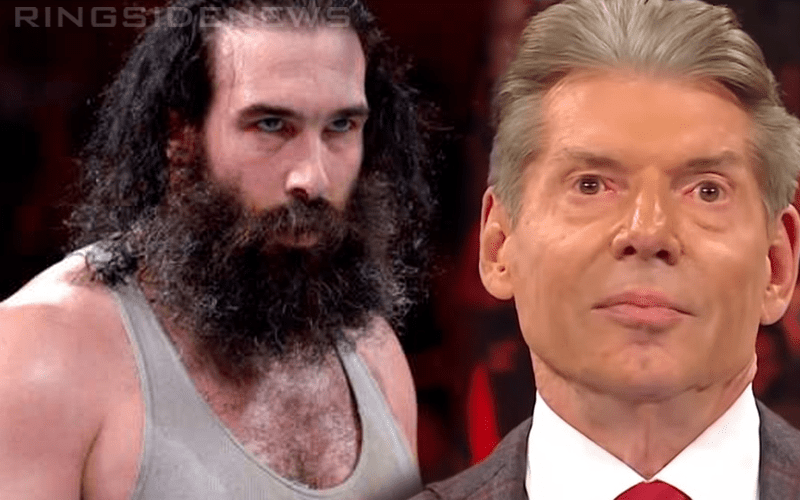 Brodie Lee is now the Exalted One of the Dark Order. He left WWE after finally being released from his contract almost a year after he requested that the company let him go. Now he is free to discuss his time in WWE.

Lee released a video during AEW Dynamite this week that Vince McMahon didn’t like at all. He did get to know Vince McMahon well during his tenure with the company.

During Talk Is Jericho, Brodie Lee had a chance to speak about pitching ideas to Vince McMahon. There were several times when he gave McMahon his ideas, but Brodie Lee said that none of them stuck with McMahon.

I pitched a whole bunch of different things or angles and ideas to change the character and [Vince] just wasn’t buying them. I wanted to a collector of some sort. I’m very much into serial killers, so I wanted to collect something from each person I would beat. The problem became, I wasn’t beating anybody. I also wanted to be a smart monster, an intelligent monster, where I could speak like I do in an intelligent way and break my opponents down in a way that I wasn’t doing in the Wyatt family. Having the same matches I was having and look the same, but also intelligent. Almost like Bruiser Brody. I don’t think he could see that way of talking.

Vince McMahon was set not to like anything that Brodie Lee did as Luke Harper. After a while he was just keeping Brodie Lee under contract where he was being paid to sit at home. Now Brodie Lee is The Exalted One and he can’t wait to see some of those creative visions come to light in as The Exalted One.