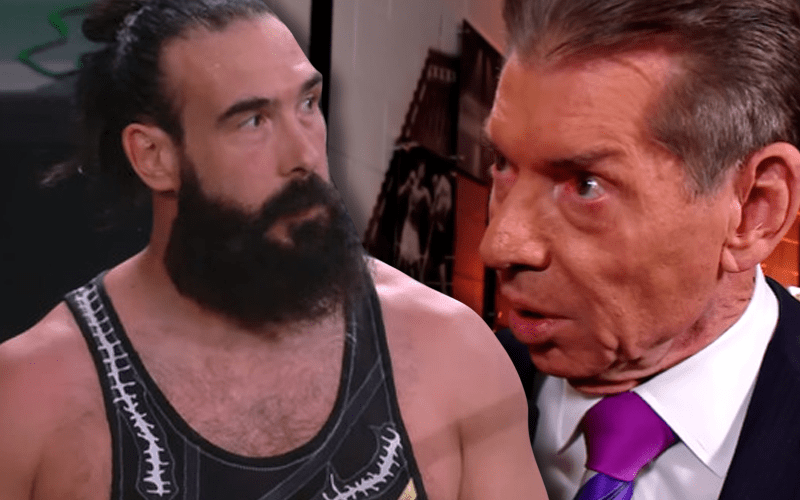 Brodie Lee is the Exalted One now, but there was a time when all of his ideas came from another Higher Power: Vince McMahon.

While speaking to Talk Is Jericho, Brodie Lee discussed some of his perils as Luke Harper. He talked about how Vince McMahon rejected all of his creative ideas. Then he revealed another idea that Vince McMahon had for him.

McMahon wanted Brodie to speak in a Southern accent, but Lee is from Rochester, New York. AEW was supposed to be in his hometown for his big debut for the company, but current world events caused that event to be rescheduled.

The fact that Brodie Lee was from New York didn’t change McMahon’s desire for him to speak with a Southern drawl.

I remember going into his office and him telling me, ‘I want you to do a southern drawl.’ I was like, ‘Sir, I’m from Rochester, New York. I think it’s going to sound really fake.’ He goes, ‘We don’t want it to sound fake. Just do me a favor and try it.’ I did it for him and he’s like, ‘Yeah, I don’t like that.’ I remember walking out and thinking, ‘That’s gone, it’s never going to come up again.’ Next week, in the script, it was specific; Luke Harper do a southern accent.

Brodie Lee’s Southern accent in WWE lasted about as long as one of his pushes. He eventually disappeared from television, but that time away from television likely allowed Brodie Lee to concentrate on the kind of wrestler he wanted to be after his WWE exit.