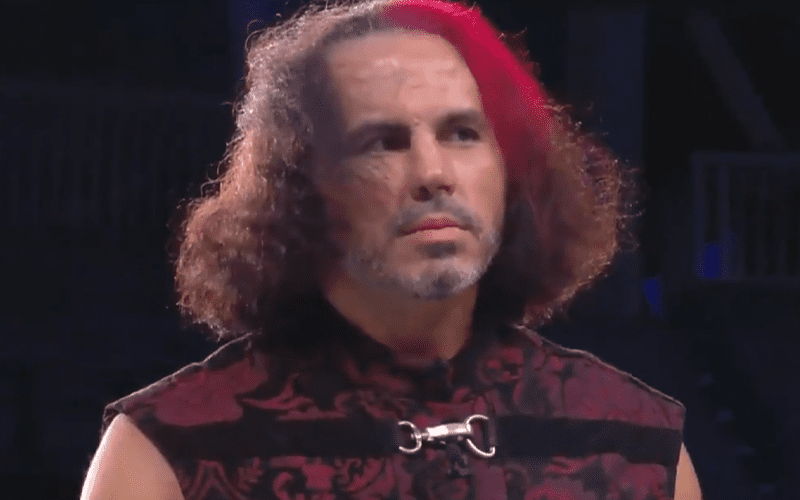 Matt Hardy debuted on AEW Dynamite last week, but this week he finally got a chance to explore the Broken character on Dynamite. This is a very interesting and unpredictable time to debut a new character like that.

During Wrestling Observer Radio, Dave Meltzer mentioned an issue that AEW will have. Due to the unique circumstances going on in the world it will be very had to tell if Matt Hardy’s Broken gimmick is really working to pull in a rating.

“Are the people going to be intrigued by this, or are they gonna think it’s bullsh*t? Unfortunately, you know [usually] I’d go week 1 doesn’t matter, let see week 3 or 4 is Matt drawing ratings or is Matt not drawing ratings? The problem is right now everything about ratings is so skewed and screwed up and you know there isn’t that much to learn. So, it’s gonna have to be instinctive.”

It was further noted that “I’m sure they’re gonna go with it,” because that’s one of the reasons AEW hired Matt Hardy. He is getting a lot more creative freedom in All Elite Wrestling.

Vanguard 1 even has a new job as a field reporter for AEW. He made good time as he was able to travel from California to Florida during AEW Dynamite this week.

AEW can always look at Matt Hardy’s merchandise sales as an indicator of his popularity. We’ll have to see what the future holds, but the ratings might not be a great indicator of anything right now.