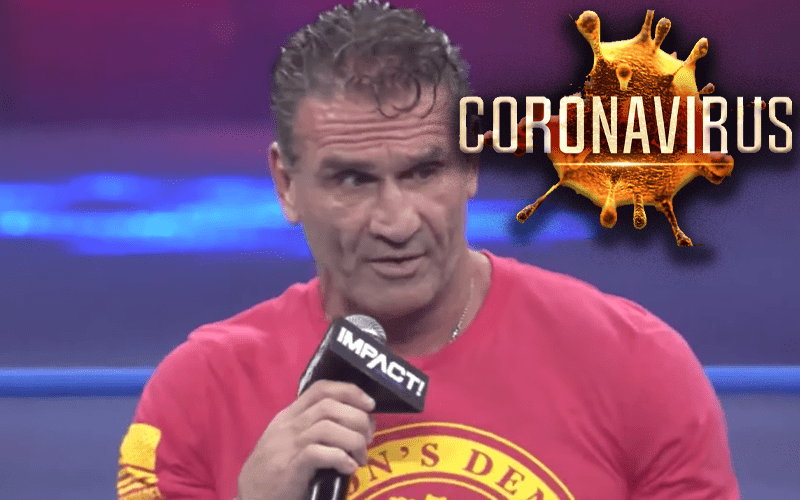 Ken Shamrock made a name for himself by destroying opponents in the Octagon and in the ring. Social distancing was not a concept back then, but it certainly became a part of discussion at this point in his career.

The World’s Most Dangerous Man is not happy about the new social distancing trend in society. The novel coronavirus pandemic made this a priority. Many pro wrestling events are cancelled and that trend might not stop until the virus is contained.

Ken Shamrock spent a good amount of time firing off tweets to debate with fans as they batted around this subject on his Twitter account.

Well ok let’s see how everyone feels if we dont start putting people back to work . & I am sure from your response that you are doing ok but from the not so well off people this is worse than the virus

5 percent of the population is vulnerable this is from a Dr, who is doing interviews for the virus control
The president said that we can not survive not having the American people working l agree

You can check out his tweets below long with the counterpoints. This is a debate that will likely wage on for quite a while. In the meantime, everyone should be doing what they can, even Ken Shamrock.