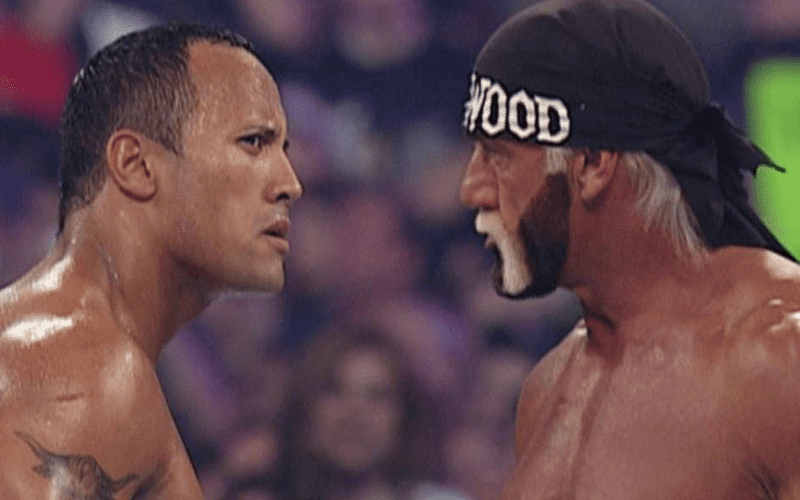 Hulk Hogan was in several amazing moments in pro wrestling history throughout his career. He will never forget where he was on March 17th, 2020.

Hogan faced The Rock and it was a historic experience. The fans at Mania cheered Hogan into a babyface turn by the time he lost to The Great One.

The Hulkster sent out a message to fans letting them know that the significance of yesterday’s date wasn’t lost on him. During a time when fans have a WrestleMania with zero fans coming up, Hogan remembers when he and The Rock owned the Sky Dome in front of 68,237 fans.

There were rumors of Hulk Hogan’s WWE return. There has been nothing to that story except for Hogan’s openness about how much he regrets wrestling his final match in TNA.

The Hulkster did recently have back surgery and he’s doing better. That doesn’t mean that WWE will approve him for a match to take bumps once again. At least Hulk Hogan and The Rock were able to create a fantastic memory that lives on to this day.