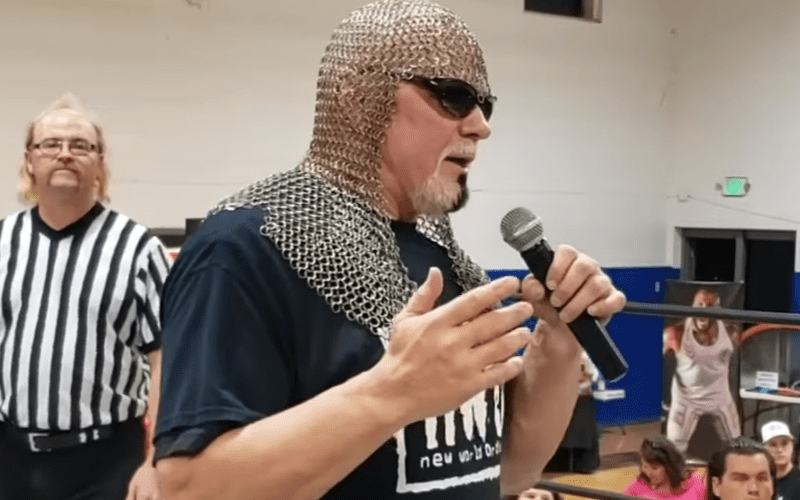 Scott Steiner scared a lot of fans when he collapsed backstage at an Impact Wrestling event in Atlanta, Georgia. Thankfully, medics were able to tend to him immediately and he got to the hospital.

A day later, Steiner had a heart procedure. It was not revealed what kind of surgery Scott Steiner had, but he’s obviously feeling much better now.

Steiner appeared at the NEW Anniversary II event on March 14th. He cut a promo for the live crowd in the process. During his time on the mic, Steiner also opened up about his chances of his survival. He did a little bit of Steiner math in the process.

“As I was sitting in the hospital bed, the doctor came up to me and said ‘the procedure that happened to you, normally you only have 80 percent chance of winning…of getting out of the bed…of living’ I said doc, every time I step in the ring I have a 140 and two-thirds chance of winning. What do you think my chances are of jumping out of this bed? So this goes to all my freaks in Jasper, Alabama. Big Poppa Pump is your hookup! Holla if you hear me!”

You can check out a video below of his promo. It should be cued up, but if it’s not Scott Steiner comes out at around the 7:30 mark in the video. It’s great to know that Big Papa Pump is doing much better now.