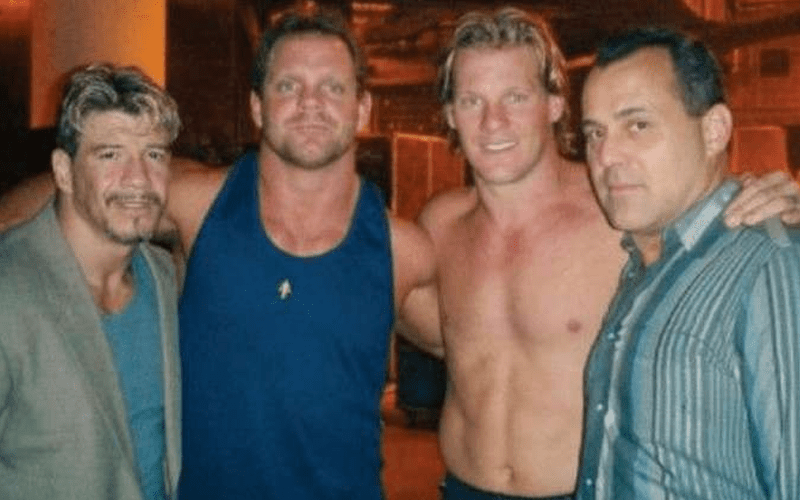 Chris Jericho sat down for Vice’s Dark Side Of The Ring documentary about Chris Benoit. Jericho was close with Benoit and was a perfect person to discuss the man Benoit was. AEW’s former Le Champion wanted to make sure that the documentary is received correctly.

While speaking to Sports Illustrated about the upcoming Chris Benoit episode of Dark Side Of The Ring, Jericho wanted to make it 100% that he isn’t glorifying Benoit’s death at all. They wanted to present the true story which was what needed to be told.

“I didn’t want to hear how I was glorifying a murderer. I don’t want to hear that I’m ignoring this murder. I wanted to talk, specifically, about his life and times, his intensity, and his successes within the ring. We’re not glorifying a murderer. We’re telling the full story. It was done properly, it was done for the right reasons, and we were able to portray the full story, emphasizing the tragedy that much further.”

“There was a huge connection between Chris’ life and Eddie Guerrero’s life, and his death, so half the story is the story of Eddie and the other half is of Chris. I think we did the right way of portraying this, reminding everyone there were people behind this, not just sensational murder coverage. There is a story to tell of a friendship and a family, and a guy that was not a monster. This was someone you could trust and that was very respected in the wrestling community amongst his peers.”

“Chavo Guerrero helped produce it, and he’s the reason I decided to do it. His mindset was, ‘If we don’t do this properly, it’s going to get done anyway. Let’s do it for the right reasons and do it the right way.’ I think he was spot on with that. Chavo was involved, which got me involved, and David Benoit and Nancy’s sister were involved, then I was able to get Dean and Dean’s wife, and Vickie. Suddenly it became this noble project instead of a hack job, which is what the media tends to do in situations with someone they don’t know. We knew the person behind this, not just the murderer.”

The Benoit family stopped production of Crossface, a biopic about Chris Benoit’s life. They approved Dark Side Of The Ring which should give us an idea about the kind of story Vice is going to tell.

Hopefully, Vice will be able to present the story in a way it needs to be told as it is still a very complicated, layered, and tragic situation.