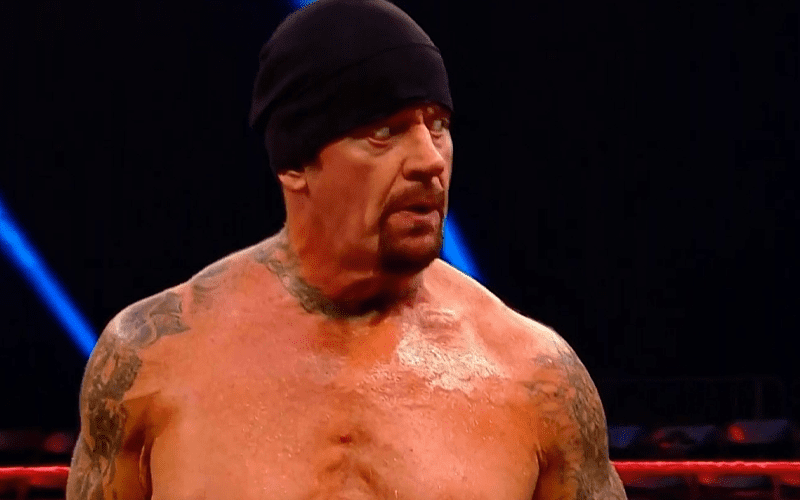 The Undertaker came out to sign a WrestleMania contract. He didn’t have much time to talk and he wanted to give AJ Styles a beating.

Styles enraged The Undertaker by bringing Michelle McCool into things. The Undertaker has evolved his look many times before. It seems that making things so personal might have brought out a new side of Mark Calaway’s character.

The Undertaker came out to an empty WWE Performance Center and he immediately got to work destroying the table they set up for the contract signing. AJ Styles then appeared on the screen in the back where he signed his contract.

Karl Anderson and Luke Gallows were given the contract to hand deliver to The Undertaker and then he destroyed them in return.

The Undertaker was wearing new pants and he was without a shirt. The beanie on his head was a nice touch, but he lost it in the brawl. His hair appeared to be braided as well.

It seems like we could be seeing a new side of The Undertaker this time around.