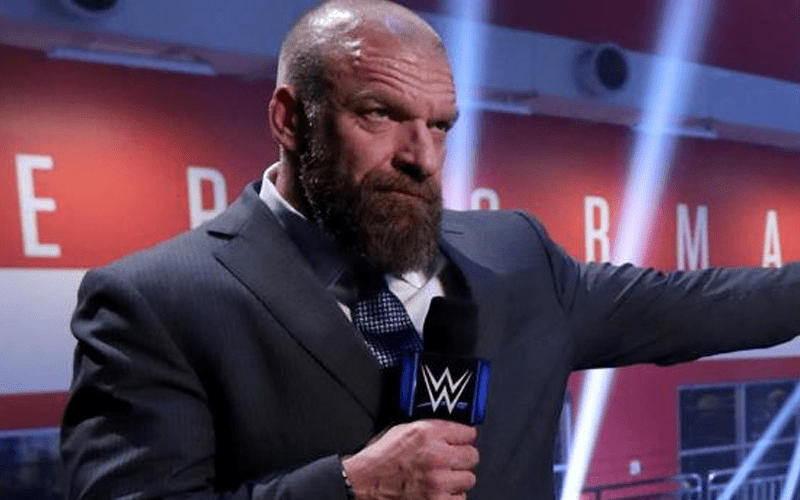 Triple H is a very busy man and responsible for a lot of things in WWE that some fans might not realize. With his new corporate title he now has the responsibility of securing NXT territories all over the world.

A report came out from Dave Meltzer saying that some in WWE viewed Triple H’s new role as a demotion of sorts. This is why Triple H took a little dig at that as Friday Night SmackDown started this week.

PW Insider reports that Triple H’s new responsibilities are quite extensive. He is in charge of a lot and The Game really is busier than ever right now.

We are told that Triple H had been charged with spearheading a WWE decree to develop and open new WWE Performance Centers (domestically and internationally) so that the company can expand the number of the talents they groom for the future.  Triple H remains overseeing all things WWE NXT but his major focus is continuing to set up the future of the company.

WWE has some big plans for the future. Global expansion is their goal and now Triple H has plenty on his plate to help establish those future territories for NXT.