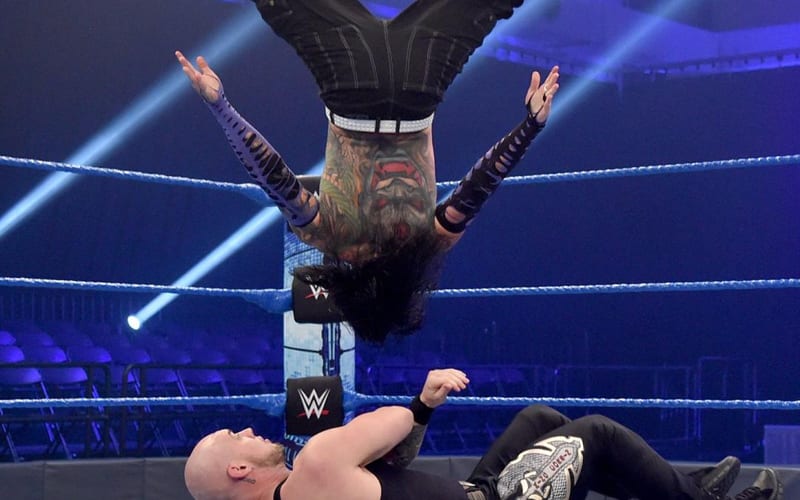 Original: Jeff Hardy made a return to WWE on Friday Night SmackDown this week. He defeated King Corbin, but he did so with a renamed signature move.

Michael Cole made a point to say that Hardy’s signature move that was previously called the “Twist Of Fate” is now changed. The move is now called “The Twist Of Fury.”

PW Insider noted that it all comes down to the fact that WWE doesn’t own “Twist Of Fate.” Now that Matt Hardy is gone, the name needed to be changed.

Jeff Hardy’s Twist of Fate was called The Twist of Fury on SmackDown by Michael Cole on commentary as Matt Hardy has exited the company and owns the trademark on that term.

A lot of people have wondered why WWE made Jeff Hardy change this name. It all comes down to a matter of ownership. Matt Hardy owns the trademark for Twist Of Fate. Since he owns the name and is no longer in WWE, Jeff Hardy had to change the name of his move.