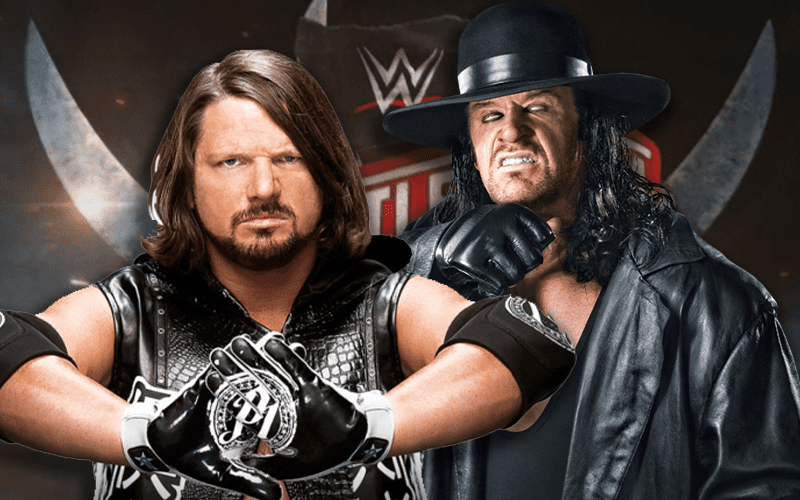 AJ Styles has experienced two run-ins with The Undertaker already on the road to WrestleMania. Now the two are set to sign a contract on next week’s WWE RAW.

This dream match is going to be official soon enough. While AJ Styles spoke to WWE Backstage, he discussed his upcoming match at Mania.

The Phenomenal One stated that he is excited to learn from The Undertaker. As he gets older Styles never wants to quit attaining new knowledge.

“The old saying goes once you stop learning it’s time to hang up your boots, right? I’m not done yet. I want to learn as much as I can. The older I get I can’t do certain things anymore, but you learn how and when to do certain things that have the most impact.”

“I can’t wait to sit down and figure this thing out.”

This WrestleMania match could have a lot of possibilities. The fact that Styles keeps getting squashed by The Dead Man adds another interesting element.

The Undertaker was backstage at WWE RAW this week, but he wasn’t used. He will be on RAW next week as he signs a contract for another match on the grandest stage of them all.