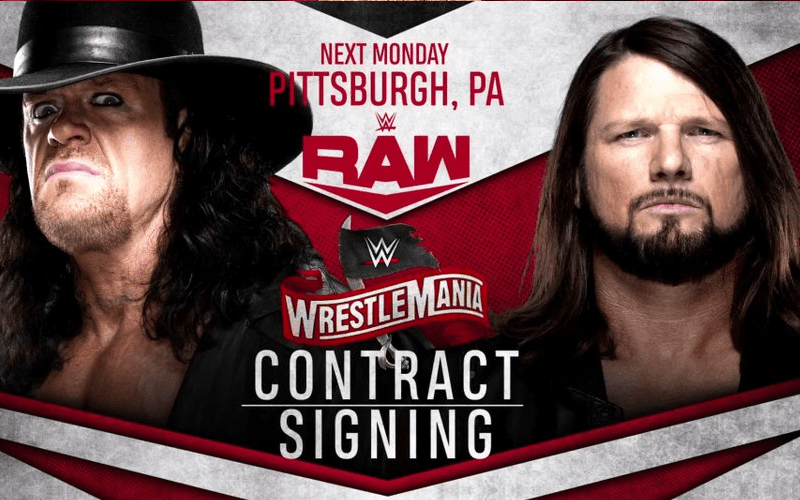 The Undertaker didn’t show up on Raw this week. AJ Styles was there and he called out The Dead Man in a big way. Taker will be in the building next week.

The company revealed that The Undertaker will be in the building for Raw next week. He will have a face to face and sign on the dotted line.

NEXT MONDAY: The #Undertaker and @AJStylesOrg will be LIVE on #Raw to officially sign the contract for a match at #WrestleMania!

WWE contract signings usually don’t just consist of simply signing a contract. We’ll have to see what they have planned to continue this angle into WrestleMania 36.