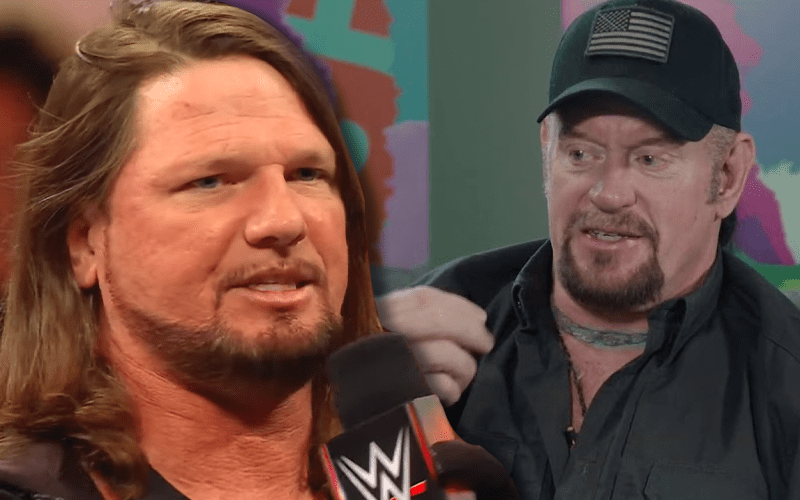 AJ Styles took a couple big shots at The Undertaker during Raw this week. Not only did Styles call Taker “Mark Calaway,” but he also put Michelle McCool on blast.

Former WWE referee Jimmy Korderas was watching Raw this week. He didn’t really approve of breaking down the kayfabe walls so much in this WrestleMania rivalry.

“I had a different issue with it. I know people went ‘oooo’ when AJ Styles went a little inside baseball and he called The Undertaker his real shoot name.”

“I’m not a big fan of that because it’s like watching the Godfather and all of a sudden you call Michael Corleone ‘Al Pacino’ in the middle of the thing. It makes no sense to me. Watch wrestling, yes I get it we suspend disbelief. We’re supposed to buy into the characters, but if you’re supposed to buy into the characters and you’re gonna buy into wrestling as a whole and suspend disbelief. Let’s not go overboard and we start tearing down that fourth wall to the point where all credibility goes out the window. Stick with the characters, stay that way, have fun with it.”

The Undertaker has evolved consistently through the years. The recent Broken Skull Sessions really exposed a lot of who Mark Calaway really is.

He might have fuel to show up on Raw next week in a very different mindset than we’ve seen him before. AJ Styles’ promo on Raw this week could have helped bring that out of The Dead Man.