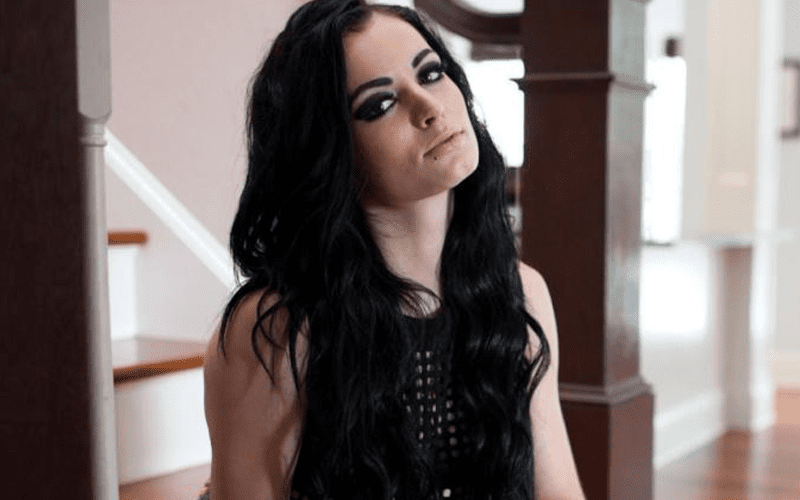 Paige had to retire from in-ring competition in 2018. A lot has happened since then for the first-ever NXT Women’s Champion.

She was SmackDown General Manager for a stint until being moved out of that role. Then Paige was eventually paired up with Asuka and Kairi Sane as the Kabuki Warriors’ manager for a while. Now Paige appears on WWE Backstage as a guest commentator.

A movie about her life was also released during that time. The film neglected to include her premature retirement from in-ring competition.

WWE needed to reportedly reshuffle their planned SmackDown Women’s Title match at WrestleMania. Bayley vs Naomi was reportedly changed to a six pack challenge. Bayley vs Sasha Banks was also a part of WWE’s plan, but The Boss’ injury stopped that.

It was randomly announced during RAW this week that Paige will be returning to SmackDown this week to confront Bayley. That got a lot of attention.

LooseLipsBackStage kicked the rumor about Paige’s in-ring return into high gear when they strongly hinted that Paige might be challenging Bayley.

With the show of shows coming up, it only makes sense that IF Paige does make an in-ring return it will be for the biggest payday possible on the grandest stage of them all.

Paige has spoken in the past about accepting the fact that she’ll never wrestle again. She also had emergency surgery recently, but Paige later commented that she’s all good now.