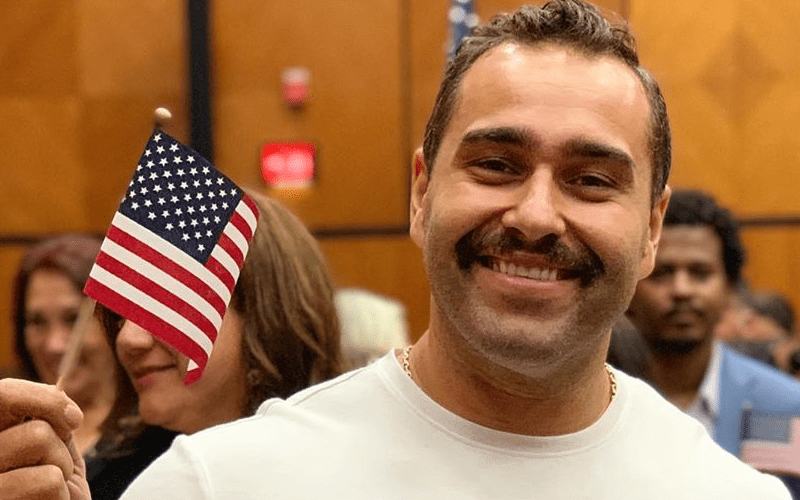 Rusev came into the WWE Universe as the Bulgarian Brute. Now the brute from Bulgaria who used to favor Russia is a U.S citizen.

Click here to watch a video of Rusev as he became a United States citizen.

The Pop Break recently spoke to Rusev where he discussed becoming a citizen of the USA. He was very happy about this and considered it his “biggest accomplishment in life.” He joked that it might be “brainwashing,” but he always knew that his destiny was to become an American citizen.

“Oh, it’s my biggest accomplishment in life. I’ve always admired the United States of America growing up. Call it brainwashing, call it destiny, call it whatever—I knew one day I was going to come here. Just to be able to be called a US Citizen here in America, it’s the proudest thing I can probably say that I’ve achieved.”

Rusev is currently out of action with WWE. He has reportedly been pulled from television because he hasn’t signed a new WWE contract yet. We’ll have to see what is next for Rusev, but no matter what he’s proud to be an American.