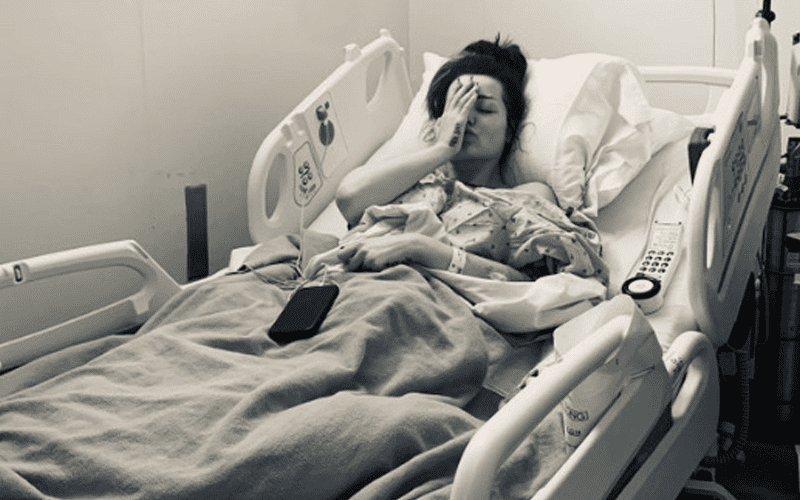 Update: Paige has now spoken out about her emergency surgery, and she provided an update for fans.

Radke made the announcement after he’d seemingly canceled a gig of his in Sacramento, California, also noting that his drummer fell ill on the same night.

Paige herself hasn’t tweeted since the news went out, but she did retweet Ronnie’s initial message.

Sacramento, not only did my drummer fall completely ILL to food poisoning, @RealPaigeWWE had to have an emergency surgery to remove an ovarian cyst. So even if my drummer wasn’t sick I still would’ve canceled. so if you’re mad.. don’t buy another ticket to my show again

It’s safe to say that Paige has been through a lot throughout the course of her time in WWE, and especially in the last few years. She’s been able to come out the other side as an even stronger person, and we’d imagine the same will be true of this latest incident.

The WWE Backstage star has been rebuilding her image as an effective member of the Backstage crew in the last few months, and it really does seem like there’s going to be a place in the WWE family for her regardless of whether or not she’s ever able to compete again.

For now, though, her sole focus will be on her recovery, and we send our best wishes to Paige as that process begins.