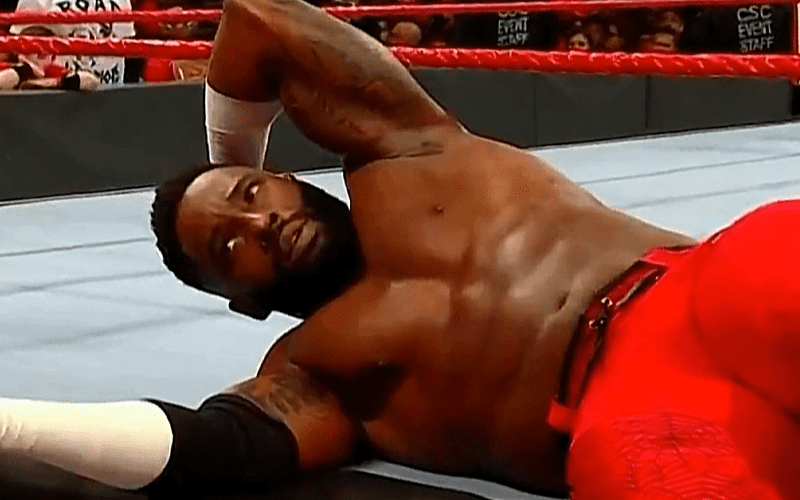 Cedric Alexander looked as if he was getting a push. Then Vince McMahon apparently changed his mind. This is nothing new as he later did the same to Ricochet.

Riddick Moss defeated Cedric Alexander on Raw this week. Alexander is apparently still frustrated in WWE. The first tweet saying that he is frustrated is still pinned to the top of his Twitter.

Cedric Alexander posted an animated gif from The Simpsons. The one he choose showed Grandpa Simpson walking in quickly and then turning around to leave again. This signifies when someone doesn’t stay long.

Perhaps Cedric Alexander will eventually get to stay longer on Raw. For the time being it seems like he’ll take what he can get.