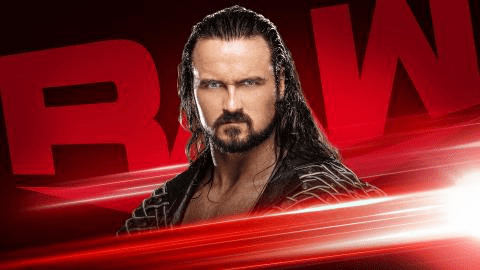 Last night was WWE Elimination Chamber, and the main event saw Shayna Baszler rip through every female in the match to cement her spot against Becky Lynch at WrestleMania. The match was sort of an odd one, with long breaks between action that were seemingly to build tension and heat for Shayna but the fans got bored. And while Baszler looked dominant, a faster, more aggressive finale with Asuka would have been more exciting. And a nice, succinct promo to end the show would have been a good exclamation point. That said, tonight she and Becky can really begin their feud.

And speaking of feuds, Edge returns to Raw tonight to come for Randy Orton. Last week Orton attacked Edge’s wife, so it’s fair to say the Rated R Superstar will be out for blood. This should be a blistering segment that fuels this red hot feud, and I can’t wait.

Elsewhere tonight, Drew McIntyre will be in action in a bid to stay sharp ahead of WrestleMania, AJ Styles will respond to the attack he suffered at the hands of The Undertaker, and so much more. This is the most exciting time of year in WWE, and you can read all the live results right here. Enjoy the show!

Monday Night RAW kicks off with a camera in the parking lot, awaiting the arrival of Hall of Famer, Edge.

The Man, Becky Lynch comes to the ring. She says the time for joking is over, no more treading water, she knows who her WrestleMania opponent is: Shayna Baszler. Lynch points us to the Titantron and we see some highlights of Baszler’s dominant performance inside Elimination Chamber. We also see a promo she cut after the show was over, in which she said she was going to take the title and called Becky a “bitch”.

Lynch is laughing when the video ends. She says Shayna tore through the entire Chamber last night, including the woman it took her a year to beat. Baszler was a top ten MMA fighter for a decade, but more than anything she’s a “personality black hole”. Becky says she might be a bitch but she’s the bitch that runs the division.

Lynch says that she always thought of Baszler as the robot in NXT, but then she refused to shake her hand after WrestleMania last year. And that was because she beat Shayna’s best friend, Rhonda Rousey. And Shayna has been on a mission to get revenge. Here’s the thing: normal people like her don’t beat trained killers. But she does. And she will again. She says Baszler is underestimating her and she’ll make her pay for it.

Later tonight, Drew McIntyre will be in action, but up next Rey Mysterio takes on Angel Garza.

The bell rings and Rey runs at Garza and gets him in a headlock. Garza shoots Rey off but Mysterio hits a headscissors that sends Angel into the buckles. Rey attempts a hurricanrana but Garza stays on his feet, lifts Rey up and throws him. Garza connects with a kick, then grabs the back but Rey elbows away.

Rey runs to the corner and looks to flip over Garza but gets kicked in the face in mid-air. Garza hit Rey with a running dropkick that sends him from the ring. Garza rips off his pants as Vega poses on the apron.

We’re back live and Garza throws Rey into the air and delivers a kick to the chest. Angel puts Rey on the middle rope and signals for a 619 but Rey intercepts him with a dropkick. Rey throws some punches, then gets Garza out of the ring and hits a sliding splash to the oustide!

Mysterio gets Garza back in the ring and hits a seated senton, followed by an enziugiri for a two-count. Rey springboards at Garza but gets caugt and hit with a reverse suplex for a near-fall. Rey hurricanrana’s Garza onto the middle rope and looks for the 619 but Garza ducks it and connects with a superkick.

Garza lifts Rey, looking for the Wing Clipper, but Rey backs up to the corner. They brawl on the top rope until Garza falls, and Rey jumps for a Destroyer but Garza catches him. Rey hurricanrana’s Garza onto the middle rope and hits the 619 and a springboard elbow drop for the win!

We see a clip from earlier today of Kevin Owens arriving at the building, when he’s met by AOP, Murphy, and Seth Rollins, who is eating popcorn. Owens throws his suitcase in the face of Rezar but quickly gets beaten down by all three of them as Seth eats popcorn. They throw him into production boxes, cooling racks, and more before officials come to check on him.

We see a video of Rhea Ripley visiting Raymond James Stadium, where WrestleMania will be in less than a month.

Charlotte Flair makes her way out and does the obligatory point to the WrestleMania sign. Flair asks if we saw that video? Well meet Rhea Ripley, the next big thing. She sarcastically says that video was inspiring. But she’s confused, Rhea said you have to beat the best to be the best, but Ripley doesn’t want to be like her. But she can’t be like her anyway, because there’s only one of her.

So she can continue being the shiny new toy and enjoying the hype. And the reason she’s fighting for the NXT Championship is to give a reminder to Rhea Ripley. She says it’s one thing to stand in an empty stadium and talk about your hopes and dreams, but it’s something else entirely to be in there with 90,000 people and be humbled.

The NXT Women’s Champion, Rhea Ripley, makes her entrance. Ripley stands in the ring with Charlotte and we get a light “Rhea0 chant.” Flair cuts her off before she can speak and says we’ve heard enough of her, and this isn’t NXT, this is Monday Night Raw, her kingdom. She excuses Ripley, who instead punches her in the face.

We see Randy Orton in a smoky room backstage, just standing around.

The bell rings and Lashley drops Ryder with a shoulder, then puts him in the corner and stomps a mudhole in him. Lashley hits a running shoulder tackle, then slams him into the buckles. The fans chant for Lana, who isn’t there because she’s off filming a movie.

Ryder hits Lashley with knees, then dives from the middle rope for a dropkick but Lashley sidesteps it. Lashley hits a one-handed spinebuster, followed by a roll-out Dominator for the win.

We see a replay of last week’s RAW, when Drew McIntyre attacked Brock Lesnar and left him lying. Drew will be in action later tonight.