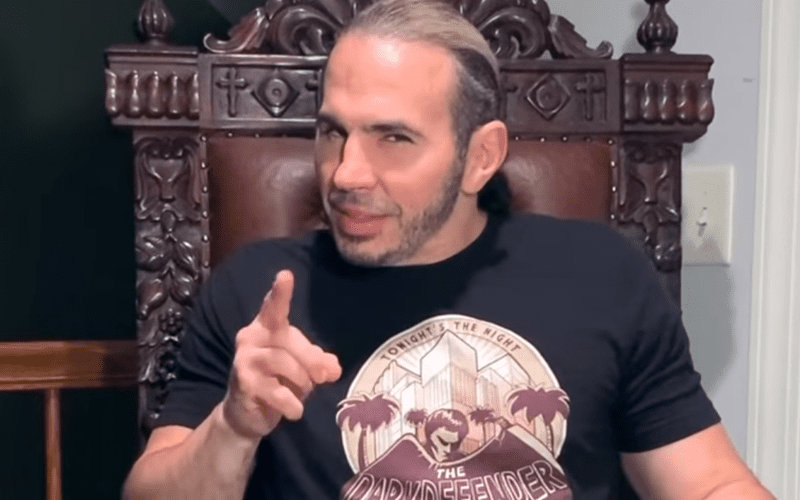 Matt Hardy looked at his spot on the WWE roster and wanted more for himself. He allowed his contract to expire which means he is now free to venture out and see what treasures he can find for himself in the pro wrestling world.

At this time, Matt Hardy is still a free agent and technically hasn’t signed anything with a new pro wrestling company.

Hardy admitted to PW Insider Elite audio that he didn’t want to leave WWE. There was no choice because they kept rejecting everything he wanted to do. When asked if WWE could still convince him to come back, Hardy was very honest with his reply.

“There would be a possibility, but I would need assurances. Like, this is really important to me like how I do these next 3 or 4 years. Like, I’m not 23 or 24 years old. I have some good matches left in me, but I don’t have a good match every day of the week, you know and I can’t do it 4 or 5 days in a row like I used to.”

Matt Hardy said that he has things planned that will make people stand up and yell “OH MY GOD,” but he agreed that his “bump card” is getting full. He can’t perform on a constant daily basis like he once did. There are still plenty of surprises left for him to pull out when needed.