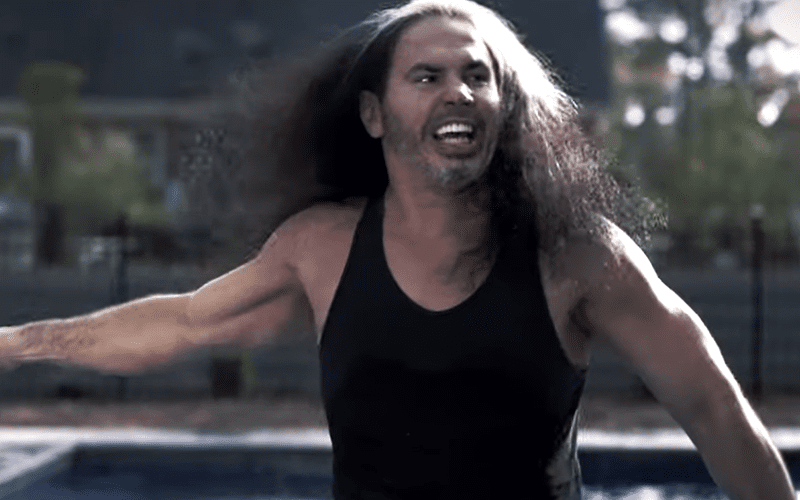 Matt Hardy had a lot of ideas for WWE, but they didn’t seem to want any of them. Now Hardy is outside of WWE looking back at the situation he just left.

While speaking to PW Insider Elite audio, Matt Hardy revealed that WWE approved two more Broken specials in January right before he decided to leave. It was a little too late for that.

Hardy also revealed an idea he had called “The Broken Block.” He would have 15 minutes to put a spotlight on another Superstar and help push some people who were not receiving the proper attention. That didn’t happen either.

“They were still actively looking to sign me or looking forward for anything to do with Edge. I mean it was hard and I was set that if I was gonna stay there then I was gonna be Broken Matt because during that time when Jeff was gone in the last 10 or 11 months I submitted so many ideas that I thought were great things you know.”

“For instance, one of the ideas I gave them — because they have so much content 3 hours or RAW, 2 hours of SmackDown. I wanted to do something for 15 minutes. I wanted to come out and address the authority when they did the thing where they said they’ll listen to the fans over a year ago, right?”

“My idea was I was gonna address these guys and have a dialogue with them and they were gonna say what do you want do you want your release, do you want to be fired? I’d say no I wanna stay on the show because I think you’re going back on your word some and I just want 15 minutes of the show called the Broken Block and I wanna take guys like Ali, Chad Gable, Apollo, guys who don’t get used much and take them and have badass matches and actually I’d go away for a while and come back as Broken Matt I had all these things planned out.”

“I didn’t want to be the champion. I wanted to do all these things to help other guys. You know and a little variety to help the show as well.”

AEW will likely be much more accepting of Matt Hardy’s ideas. We’ll just have to see what’s next for him, but he can now take his Broken Brilliance anywhere he likes.