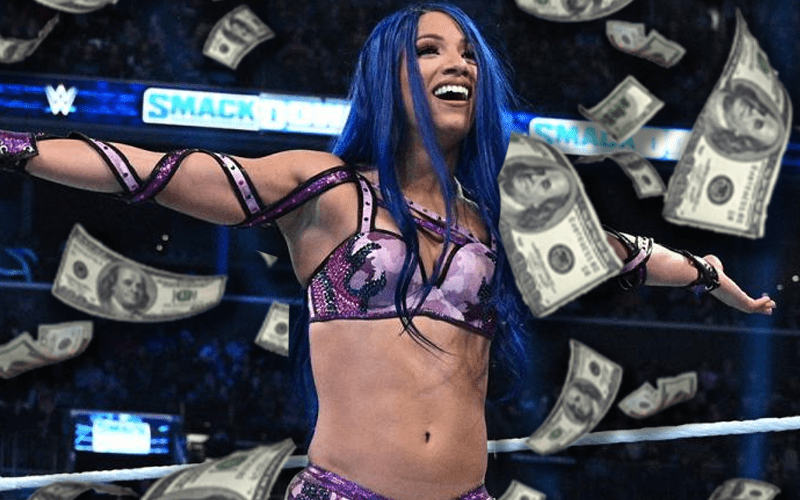 Sasha Banks has a very fine deal with WWE. It is making her incredibly rich and she’s not ashamed to speak about it.

Banks has thanked Vince McMahon several times for making her so rich. Now she’s sending out another tweet about how much she loves making easy money.

This was in reply to Bayley saying: “I’m giving myself the weekend off!!!!!! Thanks @SashaBanksWWE for a great night!!!!!!!”

It sounds like the Boss n Hug Connection are taking Elimination Chamber weekend off. That won’t stop Sasha Banks from collecting her paycheck.