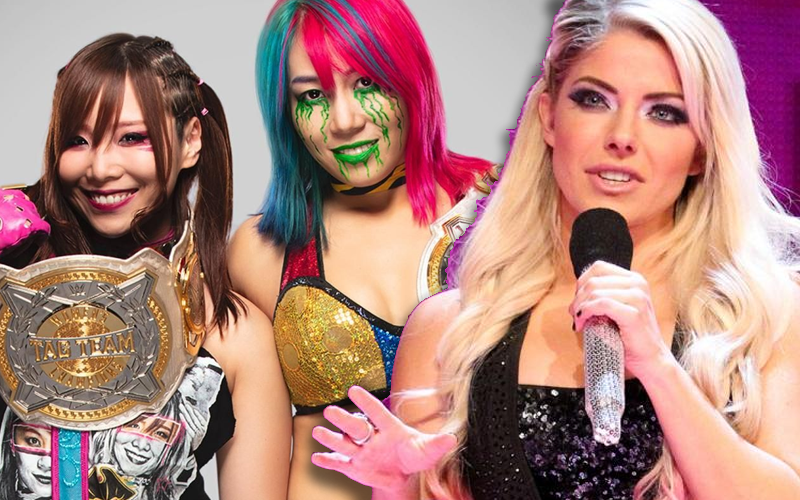 Alexa Bliss would really like a shot at the WWE Women’s Tag Team Titles. She mentioned this during A Moment Of Bliss this week.

Bliss made her message a little bit more direct this time. She sent out a tweet aimed at Asuka and Kairi Sane wondering where they have been to represent those titles.

Me looking for the women’s tag team titles representation like… our women’s tag division has some some of the most talented women on the roster… where u at Kabuki warriors….?

Vince McMahon did introduce the WWE Women’s Tag Team Titles, but he had no idea what to do with them.

An IIconics vs Bella Twins feud was nixed which saw the titles remaining in limbo. Now Asuka and Sane are champions, but they don’t do much defending of those titles. Alexa Bliss would like for that to change.