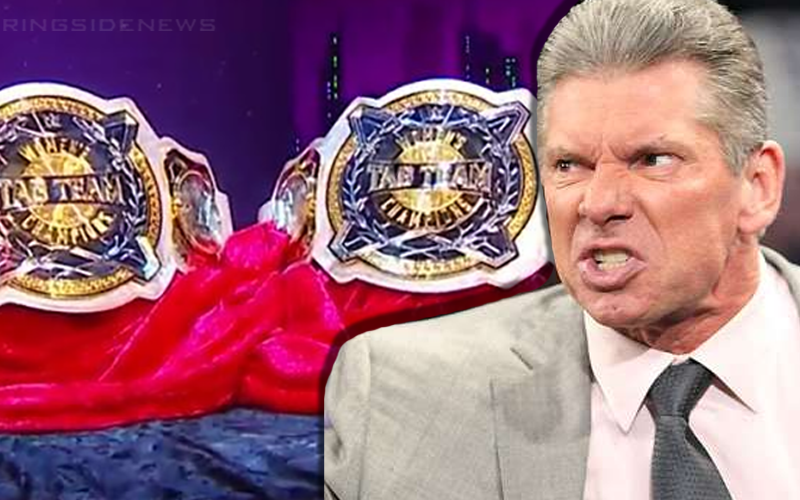 WWE introduced the idea of Women’s Tag Team Titles as Vince McMahon was dressed up like Vince McMahonta Claus on Christmas. However, he apparently didn’t really want to do it.

Tom Colohue reports that a source in WWE told him that Vince McMahon actually didn’t want Women’s Tag Team Titles at all. The pressure was there and he brought them out, but he had no idea what he was going to do with them.

“Vince didn’t want women’s tag titles. He was under a lot of pressure so he brought them in early without thinking much about it. There was no plan. We still don’t know if there’s any plan.”

This report definitely falls in line with what Bayley recently said about McMahon never giving the WWE Women’s Tag Team Titles a chance. This was something the fans and the WWE women’s roster wanted as well, but McMahon didn’t know what to do with the titles for some reason.

We spoke to some members of the WWE women’s division on the night McMahon announced that the titles were going to happen. Superstars we spoke to at that time were elated about the idea, but that soon diminished.

It would be nice if Vince McMahon could change the titles’ direction now that Alexa Bliss and Nikki Cross are champions, but that might be wishful thinking at this point.