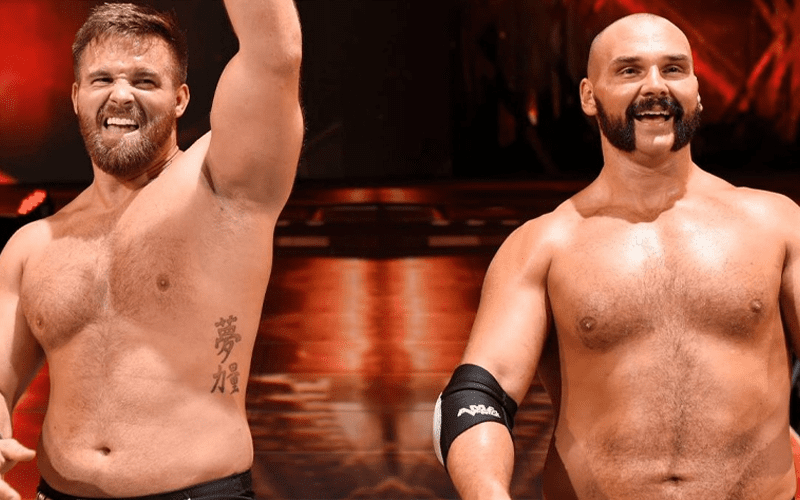 The Revival have asked for their WWE releases several times. They are still waiting for that release as their contracts run out.

Scott Dawson and Dash Wilder were snubbed from the tag team Elimination Chamber match this Sunday. Now they’re just sitting at home. Wilder’s WWE contract runs up several weeks after Dawson’s due to missed time from a 2017 injury.

Fightful Select reports that Dash and Dawson “have been off the road with WWE of late.” When asked why they aren’t in the Elimination Chamber match this Sunday the reply received stated that the Top Guys are at home.

When Fightful inquired within WWE why they weren’t in this weekend’s WWE Elimination Chamber match, we were told that the two had been “at home,” though they hadn’t requested any time off.

They haven’t requested any time off. At this time it seems as though Dash Wilder and Scott Dawson are biding their time until those WWE contracts run up. It seems that their contracts aren’t frozen.

They have filed for copyrights on “No Flips, Just Fists,” and other trademarks including one for “Shatter Machine.” Dash Wilder and Scott Dawson also used the same attorney who filed for several AEW copyrights.

WWE seemingly returned fire by filing a copyright for “No Flips, Just Fists” and “The Mechanics” which is an original name that Dash and Dawson used before The Revival name was given to them in NXT.