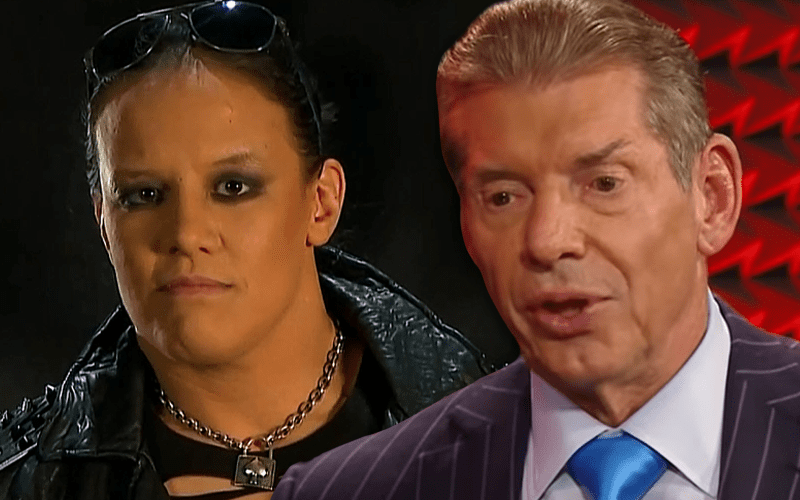 Vince McMahon is the chief decision maker in WWE. That hasn’t changed and it never will until he gives up his role in the company. One WrestleMania match might be in jeopardy at this point as The Chairman could be getting cold feet about Shayna Baszler.

Shayna Baszler was supposed to win the 2020 Royal Rumble match. Vince McMahon changed his mind about that, and he had Charlotte Flair pick up the win.

Now the Wrestling Observer Newsletter is reporting that Vince McMahon could change his mind about Shayna Baszler’s WrestleMania match. He was reportedly less than impressed with the Queen Of Spades’ match against Kairi Sane this week.

Baszler was the original pick to win the Rumble only to have McMahon a week out change plans to Charlotte Flair and have Baszler win the Chamber. But there was negativity and uncertainty regarding McMahon’s reaction to Baszler’s match with Kairi Sane on Raw not getting the desired reaction and Baszler not coming off like a WrestleMania headliner.

We’ll have to see what happens. There was a report that Bianca Belair will be “in the mix” on the road to WrestleMania. The EST Of NXT was brought into Brooklyn for RAW this week, but she wasn’t used. She was able to witness her husband Montez Ford become 1/2 of the RAW Tag Team Champions.

We’ll have to see if WWE does anything to shake up Shayna Baszler vs Becky Lynch. Interestingly enough, that match has been teased, but not officially confirmed yet.

Shayna Baszler must win the Elimination Chamber match this Sunday to get her WrestleMania moment against The Man. Natalya, Ruby Riott, Asuka, and Sarah Logan are also in that match, and they certainly want a RAW Women’s Title match at the show of shows.