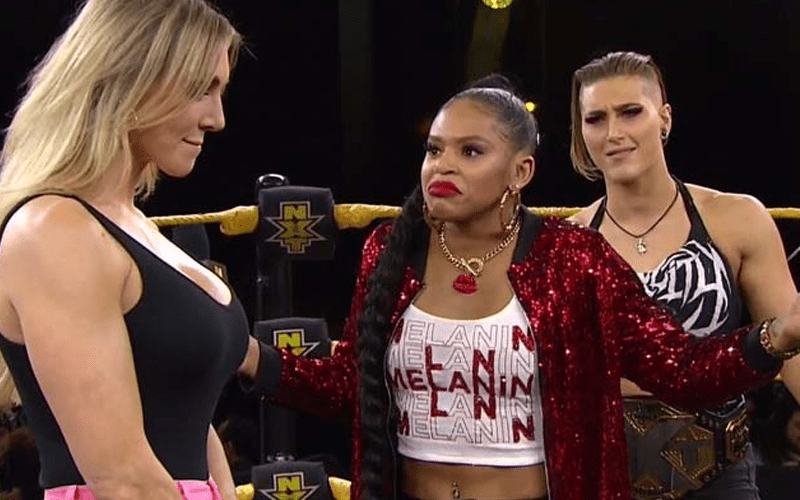 WWE has a lot of decisions to make leading up to WrestleMania. Rhea Ripley said that she wouldn’t complain if Bianca Belair finds her way into the NXT Women’s Title match at WrestleMania. This is now more of a possibility than ever.

Mike Johnson noted on PW Insider Elite audio that Charlotte Flair’s upcoming match against Bianca Belair on NXT isn’t a “one and done.” It was reported that Bianca Belair will be seen outside of NXT on the road to WrestleMania.

We’re not certain at this point that it will lead to a change in the scheduled match at the show of shows. Anything is a possibility in WWE.

“This is not a one and done with the Bianca/ Charlotte rivalry. I am told that they will be going forward with Bianca in the mix leading up to WrestleMania. I don’t know if it’ll be a three-way match, but I do know that the Bianca stuff will be seen elsewhere other than NXT.”

Making the NXT Women’s Title match a triple threat at WrestleMania is logical. Unless WWE plans on giving Flair the title and sending her back to NXT they need someone to pin. Rhea Ripley shouldn’t be pinned or submit given her current status as a top female for the black and gold brand.

You never know what can happen in WWE. This could be a way to position Bianca Belair for an incredible WrestleMania moment for all we know. Let’s see how things play out, but don’t expect the EST Of NXT exit the situation.