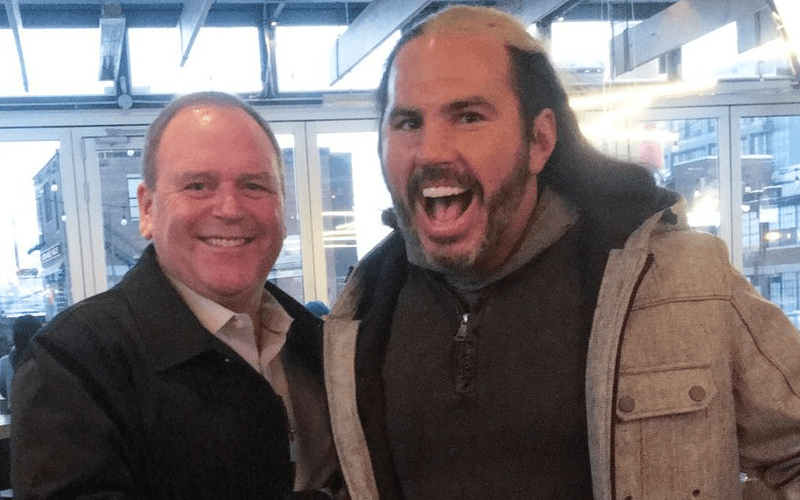 Matt Hardy’s status in the pro wrestling world is a very interesting subject of conversation right now. Now it seems that he is teasing a return to Impact Wrestling.

Hardy posted a selfie with Ed Nordholm, Chief Corporate Officer of Anthem Sports & Entertainment. Hardy praised Nordholm and his team including Cyrus and Scott D’Amore for rebranding Impact Wrestling into a “great place” to perform.

Very happy for & proud of the job @EdNordholm, @ScottDAmore, @CyrusOverHuge & their team & talents have done to rebrand & reshape @IMPACTWRESTLING into a great place for men & women to work & perform. Kudos! The pro wrestling industry needs #IMPACTonAXSTV.

We previously reported via Brad Shepard that Matt Hardy is expected to arrive in AEW. Hardy’s recent social media activity seemed to hint at this possibility as well.

You really never know where Matt Hardy will end up next. Odds are he will take his Broken Character with him no matter what.