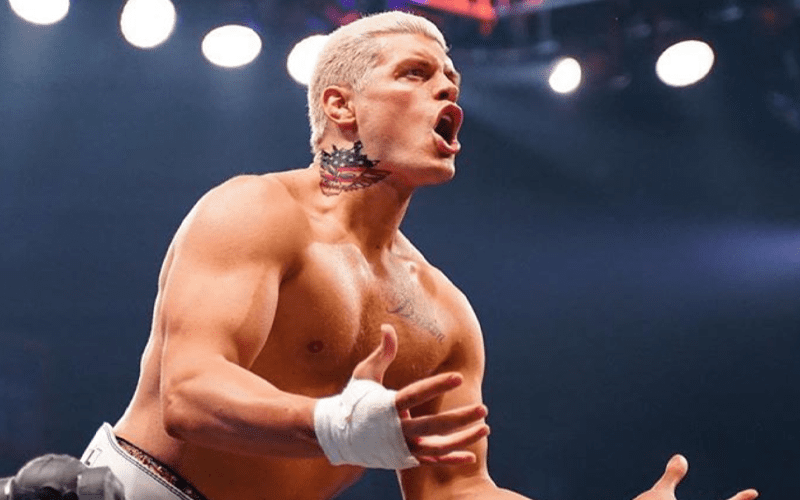 Cody Rhodes showed up to AEW Revolution in Chicago to take on MJF. The American Nightmare wasn’t able to defeat his former best friend in the Wintrust Arena, but at least he was able to show off a new neck tattoo.

Fans all over reacted to Cody Rhodes’ new American Nightmare neck tattoo. Brandi Rhodes might not be a huge fan of her husband’s new ink, but she’s still supportive.

Rhodes broke his silence about his new tattoo. He stated that in his life he wears a lot of brands on him. He doesn’t want to hide his own brand. That is why he wanted to make sure people saw it. Cody’s neck is certainly a place that people noticed.

I’m humbled by the run I’ve been on and the love of the fans. Incredibly lucky man. It was very simple, I wear a lot of brands…I wanted to make sure mine was one of them. And I wasn’t hiding it. More details on tomorrow’s “Road To Denver”… – thank you

AEW isn’t slowing down so Cody Rhodes will have plenty of opportunities to show off his American Nightmare ink. It appears that he will have even more information when they release the next “Road To” episode as well.