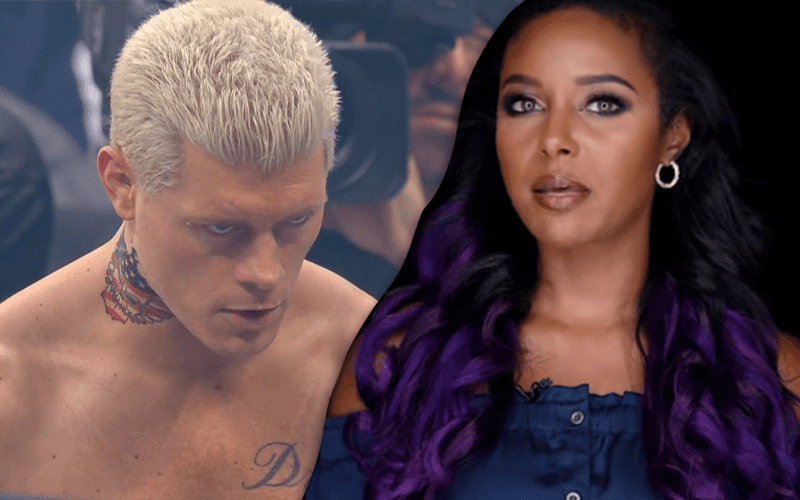 Cody Rhodes showed up to AEW Revolution with one goal in mind. He wanted to get even with MJF, but before that match started Rhodes needed to reveal a new tattoo for the world.

Following the Revolution pay-per-view Brandi Rhodes appeared in the media scrum. Then Brandi Rhodes revealed that she’s not a fan of Cody’s new ink and she’s not shy to admit it.

“I’m the one person that doesn’t like the neck tattoo, I don’t like it. I’ve said it, there it is.”

Some fans thought that Cody Rhodes’ new tattoo was a temporary deal, but it’s not. Cody got a real neck tattoo. He seems to like having the Nightmare Family symbol on his neck, but Brandi Rhodes might take some getting used to the idea.