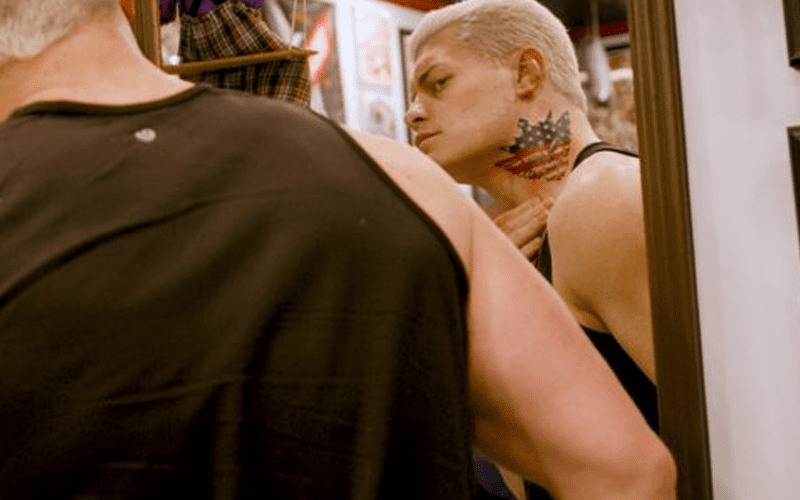 Cody Rhodes was unable to defeat his former best friend MJF at AEW Revolution. At least he was able to show off his new neck tattoo.

Fans were plenty shocked to see a big new tattoo on The American Nightmare’s neck. Now he’ll need to spend even more time in the makeup artist’s chair if he gets another acting role because they’ll probably need to cover that up.

Cody has seen plenty of fans with Cody Rhodes and even Stardust tattoos. Now he has one of his own even though his wife kinda hates it.

Oddly enough, he debuted this new tattoo a week after they revealed his first official AEW action figure. This is why the other company has rules against getting big ink.

AEW revealed exclusive photos of Cody Rhodes’ new American Nightmare ink. You can check those out below and we’d love to hear what you think about this new ink, too.