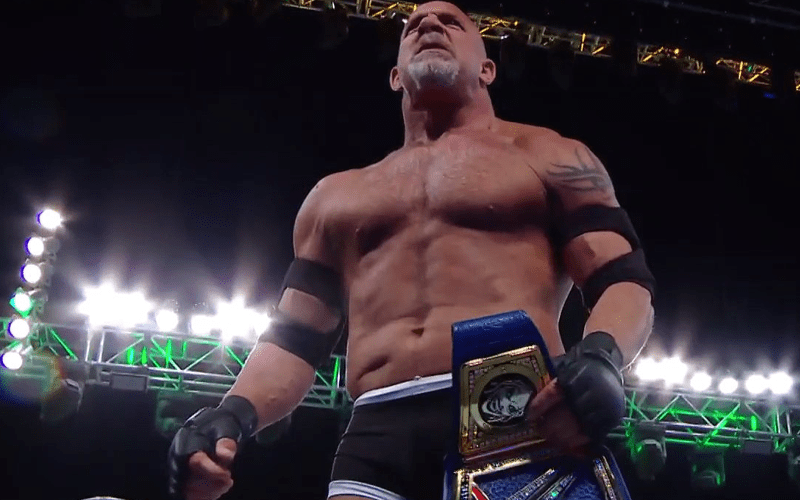 Goldberg made a surprising return to WWE before WrestleMania 36. This resulted in a match at the WWE Super ShowDown for the Universal Title.

Goldberg and The Fiend both got their own incredible entrances. Then it was go time. There was no annoying red light this time as we’ve grown accustomed to in The Fiend’s matches.

Wyatt and Goldberg stood face to face for a bit as “Goldberg” chants picked up. Then Goldberg hit a spear as Wyatt was taking off his entrance jacket. 1-2- kick out.

The Fiend locked on a Mandible Claw. Goldberg got out and hit another spear and then a third. Goldberg positioned himself for a fourth spear which he hit. Then he covered for another two count.

Wyatt locked on another Mandible Claw and Goldberg struggled for a bit. He got to his feet and broke the hold with a headbutt and some knees. Then Goldberg hit a terrible looking Jackhammer and won the Universal Title.

After the match was over, The Fiend got to his feet. The lights went out, and he was gone when they came back up.

Wyatt won the Universal Championship the last time WWE went to Saudi Arabia. He defeated Seth Rollins for the gold. This time around didn’t work out as well for The Fiend.