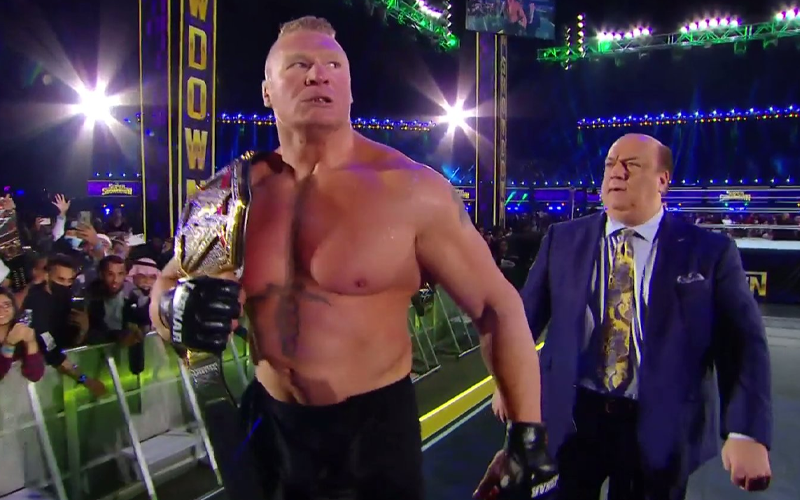 Brock Lesnar flew into Saudi Arabia as the WWE Champion. He might not have taken his opponent very seriously, but Ricochet wasn’t going to let his one shot slip away easily.

Ricochet cut a passionate promo in a video package before his match. He asked “why not me?” People wrote him off too easily, but things got real when the Beast Incarnate showed up.

The One And Only went for a dropkick, but he was swatted away. Lesnar slammed Ricochet down and hit a German suplex and then he hit another. Then he hit a third German Suplex.

Lesnar stalked Ricochet and put him on his back for an F5 and then he pinned him for the win.

Just like that, Brock Lesnar defeated Ricochet. This was no surprise, but at least the match was barely longer than the opening video package.