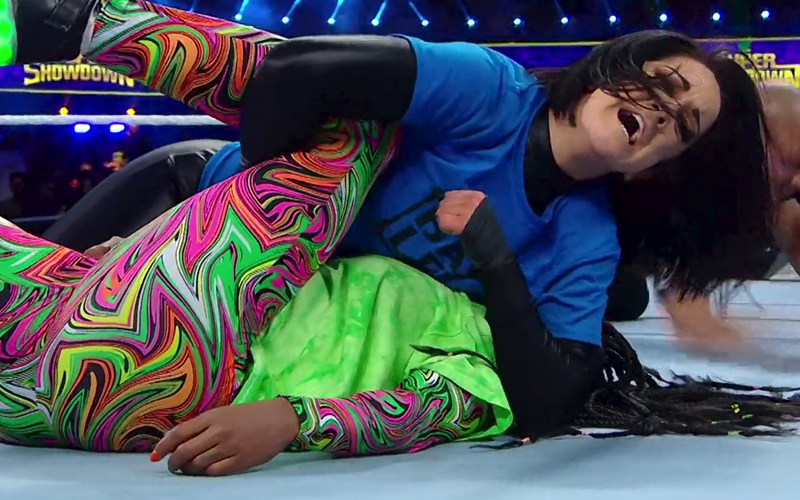 Naomi surprised Bayley with a flurry of offense early on. The Saudi Arabian fans were rallying for Naomi as Bayley tied her up in the ropes, but Naomi returned fire with a rana before Bayley rolled outside to eat a corkscrew plancha from The Glow.

Bayley grabbed Naomi’s leg to counter a kick and she tossed her off the apron before throwing her into the barricade. Bayley continued to work on Naomi for a bit and then The Glow came back with a springboard bodyblock to regain advantage.

Naomi nailed a scorpion kick and then Bayley hit a Bayley To Belly, but Naomi kicked out. Then Bayley hit a chopblock on Naomi and continued to work on her knee for a bit.

Bayley landed a running knee and climbed up top. Then Naomi landed a kick and hit a split legged moonsault. Bayley tied Naomi up by trapping her feet in her shirt before slamming her face into the mat for the win.

Bayley and Naomi were made to wear t-shirts over their ring attire to appease the Saudi Arabian authorities. That unique aspect of the match created an opportunity for Bayley to take advantage and win.