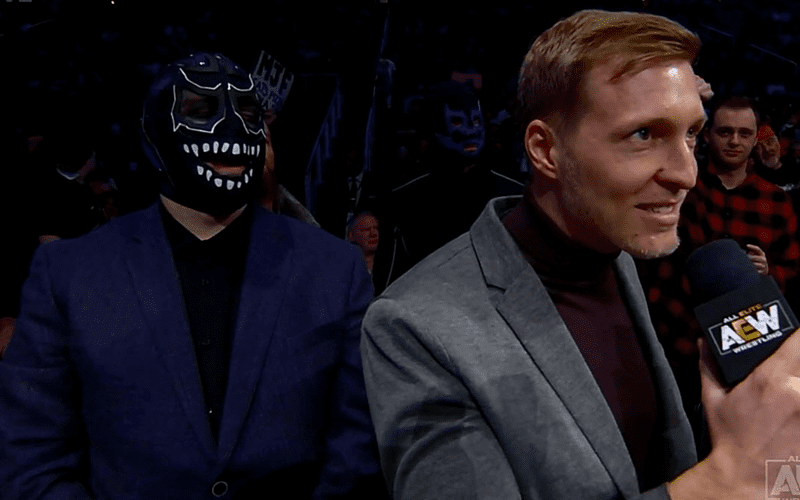 AEW’s Dark Order has been teasing that an Exalted One is leading them. The identity of this Exalted One hasn’t been revealed yet, but they could have dropped a big clue this week.

As the Dark Order got some time on camera this week, one former WWE Superstar was spotted behind them. The fight soon spilled out into the crowd where it was clear that Raven was there.

Raven didn’t move an inch as the fight broke out around him. The former ECW star lives in the Atlanta area. He could have just been in for the show, but you never know if he might show up more often.

DDP was also in Atlanta for Dynamite this week. Austin Aries was there as well, but neither of them appeared on camera. Matt Hardy has been teased as the Exalted One. Christopher Daniels has been teased for that role as well.

You can check out a screenshot of Raven below along with a video uploaded by AEW.