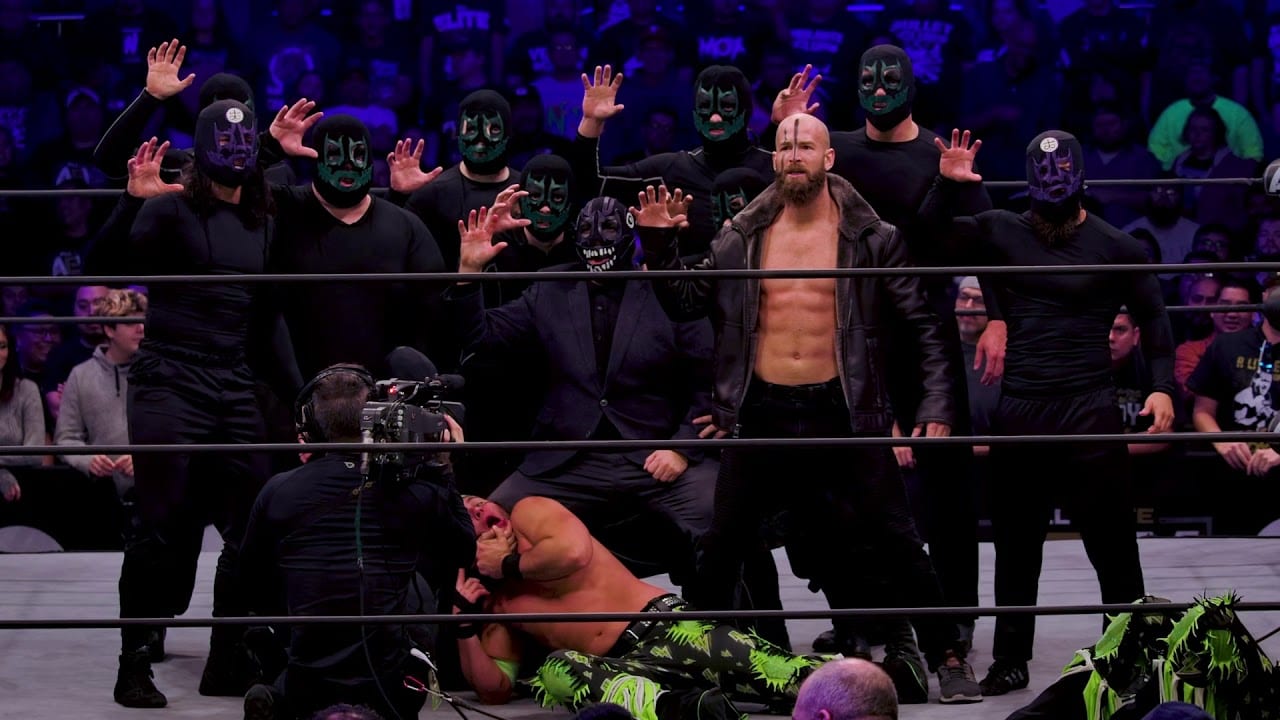 The Dark Order are teasing some interesting things including an Exalted One as their leader. They might have dropped a big hint about who the Exalted one is on Being The Elite this week.

It seems that The Dark Order are focused on SCU right now. They are making things very rough for Christopher Daniels, Frankie Kazarian, and Scorpio Sky. Now it looks like they might have recruited one of them.

During this week’s BTE, Sky found a dark order mask in Christopher Daniels’ bag. This could hint at his association with the group.

Christopher Daniels was the Fallen Angel previously in his career. That could be very close to where the Dark Order is headed.

We’ll just have to see what AEW ends up doing because this could all be a red herring as they await the actual Exalted One’s arrival in the company.