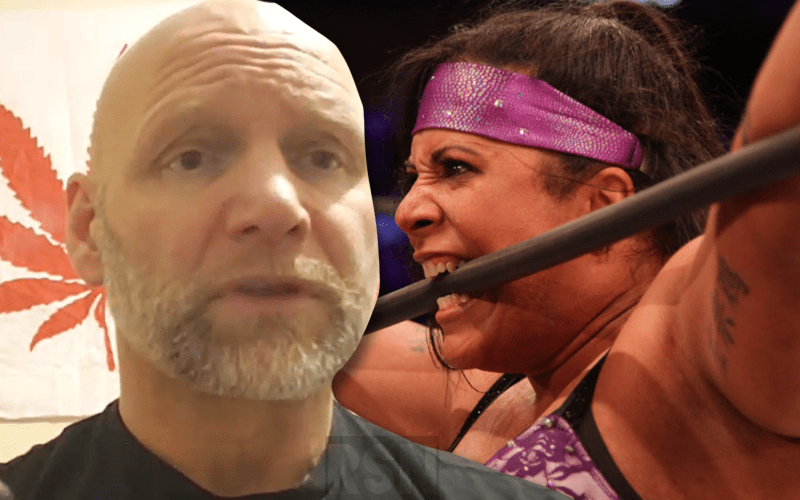 Nyla Rose won the AEW Women’s World Championship on Dynamite last week. That came with some controversy. One of the most outspoken people so far has been Val Venis.

Venis appeared on a live chat last night where he admitted that he fell out of watching pro wrestling. Then he discovered that a non-biological female won the AEW Women’s World Title. He had a problem with that because it wasn’t being used to draw heat. He said that a win for Nyla Rose shouldn’t have been presented as ethical.

The Big Valbowski answered back to a fan who called him a “transphobic asshole.” This prompted the former WWE Superstar to unleash fury.

What facts do you rely on that will prove your DELUSIONAL & INSANE LIBTURD CLAIM that I am somehow “transphobic” in any way, shape or form??? I wont hold my breath for a valid answer.

Val Venis isn’t likely going to change his mind about the subject. He also posted a few memes which you can find below. He previously stated that his official new catchphrase is now: “Hello Biological Ladies.”