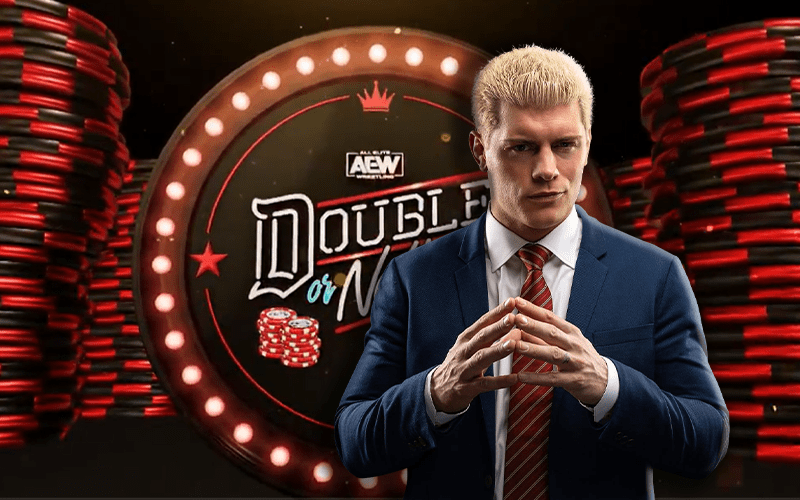 AEW Double Or Nothing did not sell out as some thought it would. The absence of a Starrcast convention was said to be partly to blame.

Some fans didn’t want to go all the way to Las Vegas for one night. When there was a multi-day event to attend it made the trip worth it.

Cody Rhodes revealed during his media teleconference that AEW fans will have far more than just Double Or Nothing on Memorial Day weekend. The company is planning multiple days’ worth of events for fans leading to the following Wednesday’s AEW Dynamite.

Cody Rhodes revealed that Double Or Nothing will not just a one-day event. They are staying in Las Vegas and doing an encore episode of Dynamite in the city at the MGM Grand.

The American Nightmare went on to say that they are going to “load up” the days between Double Or Nothing and Wednesday’s Dynamite with plenty of AEW events. They want to make this a destination event for Memorial Day weekend.

The MGM Grand is a very special building for AEW and they are planning way more or Vegas than most first thought. This news might help sell some tickets for Double Or Nothing. He did not specify exactly what AEW is planning.