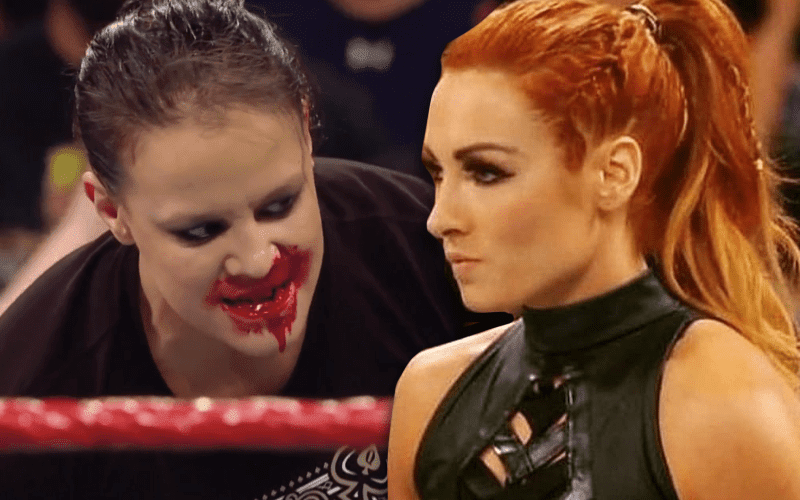 Shayna Baszler showed up on WWE Raw this week and she took a bite out of Becky Lynch. This bloody angle was highlighted on the Internet Wrestling Community, but WWE edited the footage.

The blood and guts moment on WWE television made people Google search for Gangrel. Becky Lynch also saw the vampire references as she said that you can just call her Becky The Vampire Slayer.

This storyline might get very real if The Queen Of Spades has her way. We have a few more weeks for this storyline to build and it already started with a very attention grabbing segment.