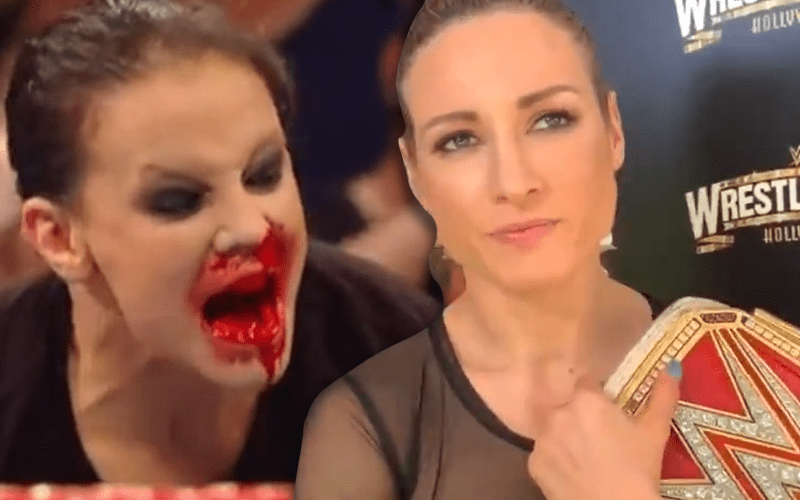 Becky Lynch was at the big press conference for WrestleMania 37. She had a rough night last on Raw, but The Man still showed up with a bandage on the back of her neck.

Shayna Baszler showed up on Raw this week and took a bite out of Becky Lynch’s neck. This caused a lot of people to pay attention and Google search for Gangrel.

When Ryan Satin asked Becky Lynch how her neck is doing, she said it’s a little tender. Then she suggested a new nickname.

“It’s a little tender, thanks for asking. Just call me Becky The Vampire Slayer.”

Shayna Baszler’s bloody bite was censored on WWE’s digital replays. They also didn’t include any blood on the video that went on social media.

This was quite an interesting way to kickoff this feud after Vince McMahon said that they weren’t using blood and guts on their programming.