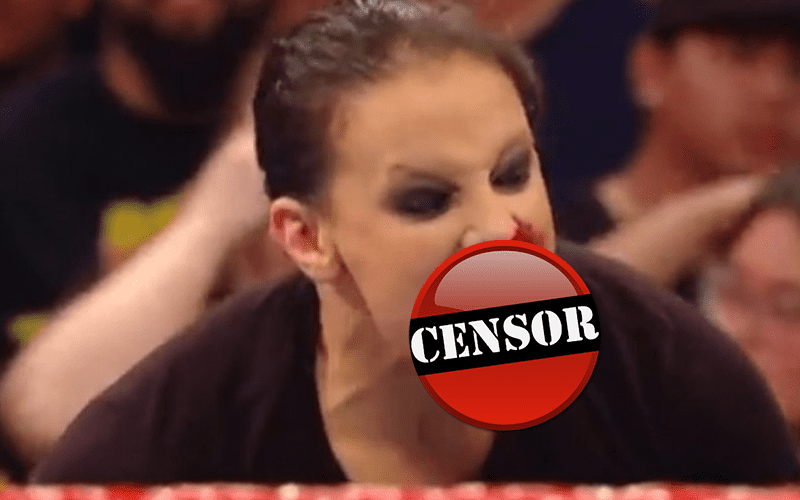 Shayna Baszler showed up on WWE RAW this week and she made a very big impression. By the time the Queen Of Spades left the ring, Becky Lynch was a bloody mess after Baszler bit her neck, but WWE had to censor the attack.

WWE had no problems airing the scripted segment on live television. YouTube was apparently a different story. When the company uploaded the segment to YouTube, they used black and white editing to take away all the redness.

Even the social media updates that WWE put up directly after the segment didn’t show any of the blood. Yes, it was fake blood, but it was still edited out.

This was a very intense and brutal way for WWE to kick off the road to WrestleMania for Becky Lynch and Shayna Baszler. Perhaps next time the company concocts a big angle they’ll consider if they can actually show it on their family-friendly social media platforms.