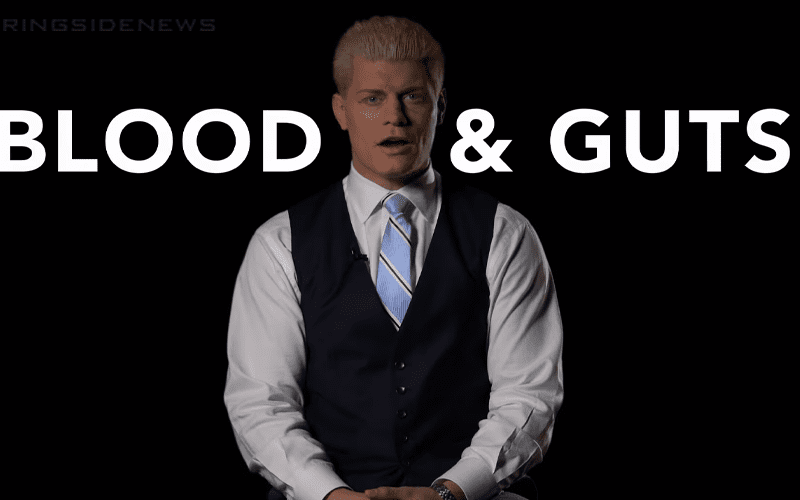 Vince McMahon publicly addressed AEW and made comments about their programming by calling them “blood & guts.” Those comments might end up biting him in the end.

Cody Rhodes just uploaded a new video on AEW’s official YouTube channel where he spoke about AEW’s formation. He said that they started All In to prove someone wrong. After they had so many people believing in them it became even more satisfying to prove them all right.

Then he addressed Vince McMahon’s “blood & guts” remark. He didn’t call out McMahon by name, but we all know who he’s talking about.

Cody said that the person saying this “blood & guts” comment said it as if they were bulletproof. He still couldn’t help but wonder if “he tasted the words before he spit them out because the entirety of our business is built on blood and guts.”

He said that everyone who has ever stepped in the ring has blood and guts so “you bet your ass we’re blood and guts.” Now pro wrestling is returning to TNT after 18 long years.

He said “we need you now more than ever.” Because Cody is all in, are you?

You can watch the video below or click here for the link.