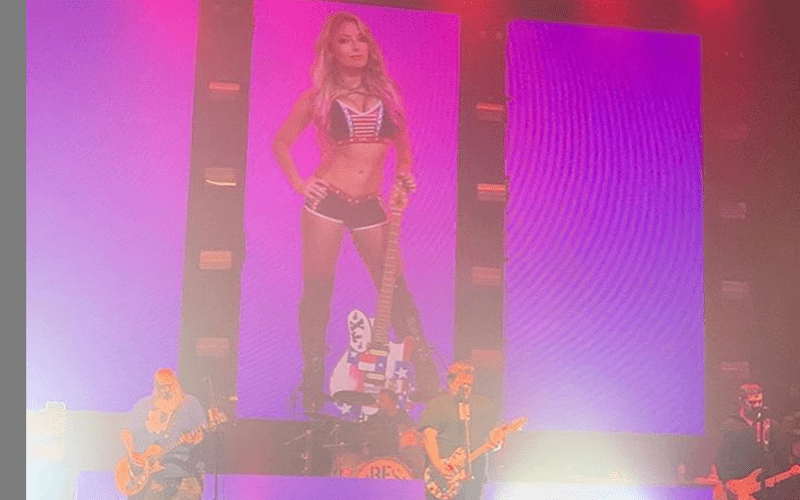 Alexa Bliss recently got a huge treat when her favorite band named a song after her. Bowling For Soup is going all-out on marketing with Bliss’ image too and she’s 100% okay with it.

BTS is now performing with Alexa Bliss’ image on the big screens behind them as they play her song. It’s a rather catchy tune and a fitting tribute to the Five Feet Of Fury.

“So. Freaking. Cool!” Bliss sent out as a caption along with some photos of Bowling For Soup on stage. She has joined them in concert before, but this is something else.

You can check out the images from Alexa Bliss’ Instagram below.