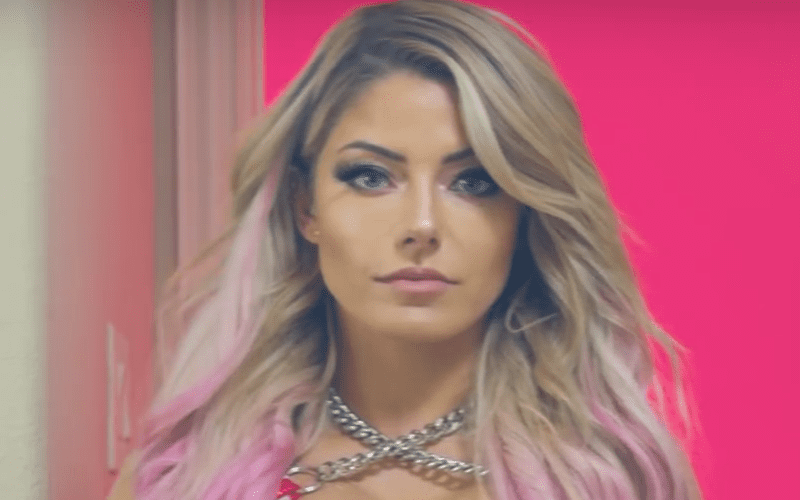 Alexa Bliss has made no secret out of the fact that she is a huge Bowling For Soup fan. Now her favorite band has dedicated a song to her.

Bowling For Soup’s new track is literally titled: “Alexa Bliss.” The Feet Of Fury was happy to retweet fans who mentioned this song on her social media.

She’s been invited onto stage with Bowling For Soup in the past. Obviously, it’s a pretty big deal for her.

The new track from Bowling For Soup features the following lyrics in the chorus:

You can check out the song below. It’s a pretty fun little track. This also makes us wonder if Bliss might be in line for a new WWE entrance song.

You can check out the official music video below.