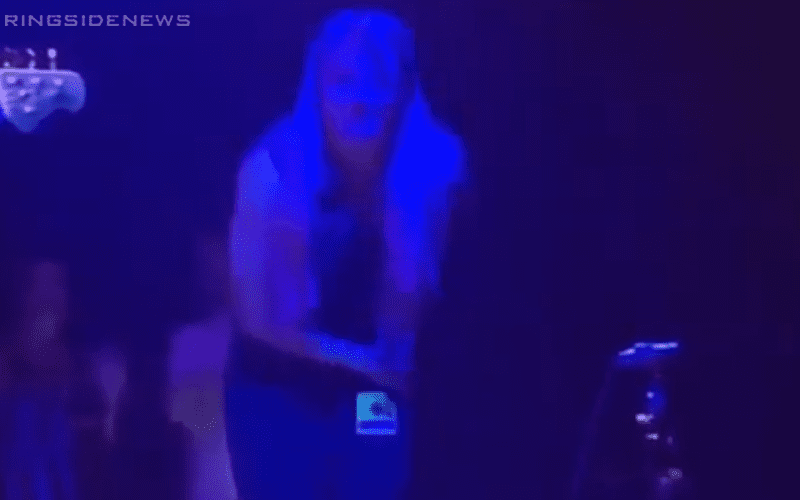 Alexa Bliss’ favorite band is Bowling For Soup. She’s made it no secret that they’ve been her favorite band for years and she recently had her life made.

Bliss has a big match at Stomping Grounds tomorrow, but she got the weekend started off on the right track. Because not only was Alexa Bliss backstage at a Bowling For Soup concert, but she was also invited on stage to take a bow.

She seemed shy at first, but with a big smile on her face she graciously agreed to take a bow. Then they carried on with the show.

Bliss said that they dedicated her favorite song to her as well which we can only assume is “The Girl All The Bad Guys Want” which she has stated is her favorite in the past. However, it’s probably safe to say that all of BFS’s songs hold a special place in Bliss’ heart.